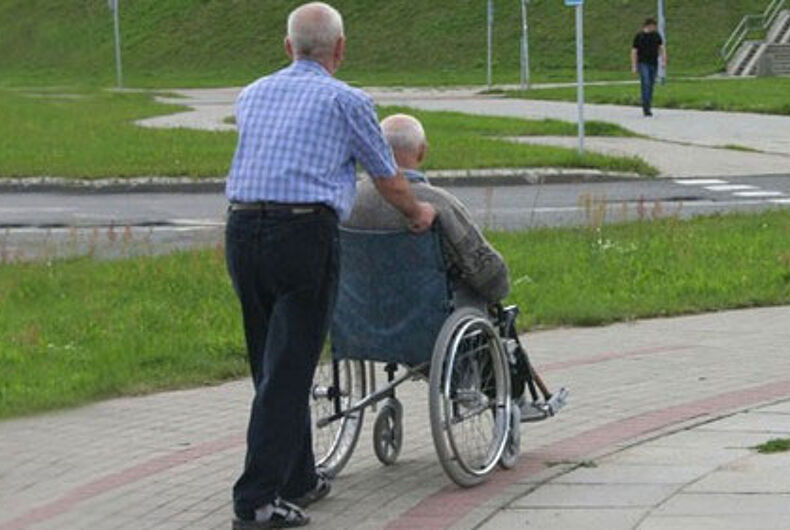 SEATTLE — LGBT seniors and baby boomers — a group whose numbers are expected to be more than 4 million by 2030 — have greater rates of disability, depression, and loneliness compared with heterosexuals of similar ages, according to a new study from the University of Washington’s School of Social Work.

The study, which surveyed 2,560 LGBT adults aged 50-95 across the United States, also highlighted the unique needs of this aging group, including fear of discrimination, the lack of children to depend on as caregivers, and less social support and financial security with age, as older LGBT adults are less likely to be partnered or married.

The study, released Nov. 16 and led by Karen Fredriksen-Goldsen and colleagues at the University of Washington, indicates that prevention and intervention strategies must be developed to address the unique needs of these seniors, whose numbers are expected to double to more than 4 million by 2030.

“The higher rates of aging and health disparities among lesbian, gay, bisexual, and transgender older adults is a major concern for public health,” said Fredriksen-Goldsen, a UW professor of social work and director of UW’s Institute for Multigenerational Health.

“The health disparities reflect the historical and social context of their lives, and the serious adversity they have encountered can jeopardize their health and willingness to seek services in old age.”

Fredriksen-Goldsen presented some of the study’s key findings last week during a congressional briefing.

The study highlights how these adults have unique circumstances, such as fear of discrimination and often the lack of children to help them. Senior housing, transportation, legal services, support groups and social events were the most commonly cited services needed in the LGBT community, according to the study.

The study also revealed that 80 percent of LGBT seniors had been victimized at least once during their lifetimes, including verbal and physical assaults, threats of physical violence and being “outed,” and damaged property.

Twenty-one percent of respondents said they were fired from a job because of their perceived sexual orientation or gender identity, and nearly four out of 10 had considered suicide at some point.

Twenty-one percent of those surveyed did not tell their doctors about their sexual orientation or gender identity out of fear of receiving inferior health care or being turned away for services, which 13 percent of respondents had endured. As one respondent, a 67-year-old gay man, put it, “I was advised by my primary care doctor to not get my HIV tested there, but rather do it anonymously, because he knew they were discriminating.”

The good news? “LGBT older adults are resilient and living their lives and building their communities,” Fredriksen-Goldsen said.

Of the study’s respondents, 91 percent reported using wellness activities such as meditation and 82 percent said they regularly exercised. Nearly all – 90 percent – felt good about belonging to their communities. And 38 percent stated that they attended spiritual or religious services, indicating a promising social outlet.

Social connections are key, the study noted because, unlike their heterosexual counterparts, most lesbian, gay, bisexual and transgender seniors rely heavily on partners and friends of similar age to provide assistance as they age. While social ties are critical, there may be limits to the ability of those older adults to “provide care over the long-term, especially if decision-making is required for the older adult receiving care,” Fredriksen-Goldsen said.