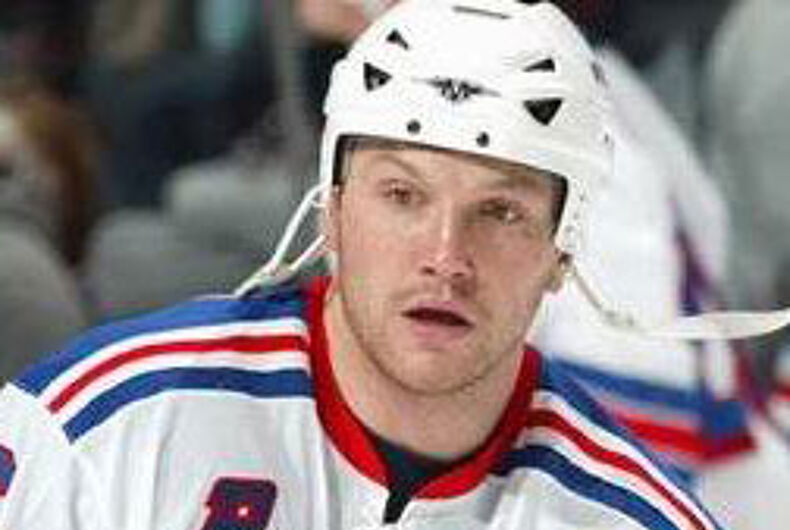 New York Rangers forward Sean Avery has recorded a video in support of marriage equality, becoming one of only a few active athletes in American team sports to voice support for LGBT rights.

Avery, a 31-year-old from Pickering, Ontario, has played nine seasons in the National Hockey League.

The video is part of the New Yorkers for Marriage Equality campaign, organized by the Human Rights Campaign.

Should we push for marriage equality or compromise on civil unions?