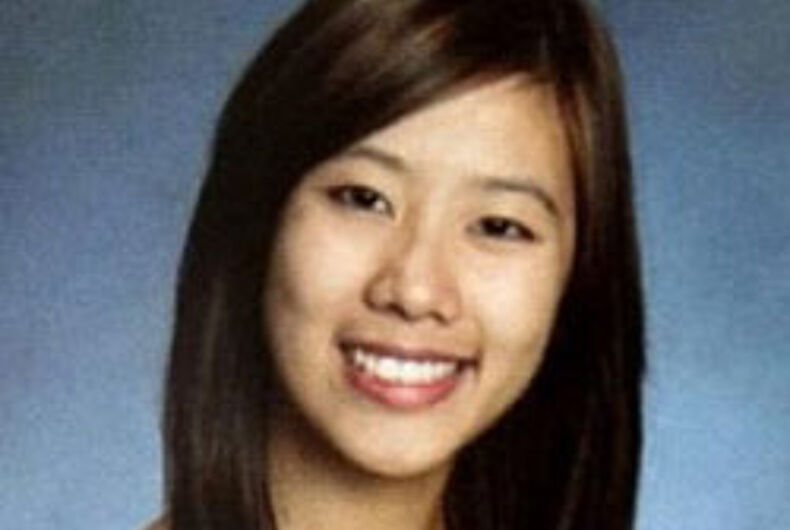 Molly Wei, one of two former Rutgers University students accused of spying on Tyler Clementi with a webcam just days before he committed suicide, has struck a plea deal to avoid jail time on the condition she testifies against her co-defendant in the case.

Wei, 19, of West Windsor, N.J., pleaded not guilty on Friday and was accepted into a three-year pre-trial intervention program that could lead to a dismissal of two counts of invasion of privacy.

She and Dharun Ravi, Clementi’s roommate, were charged with two counts each of invasion of privacy for allegedly using a camera to views live images of Clementi’s intimate encounter with another man.

Under terms of the plea deal, which was accepted by Clementi’s parents, Wei must testify against Ravi, complete 300 hours of community service, and receive counseling for cyberbullying and on how to deal with people with alternative lifestyles.

A grand jury on April 20 indicted Ravi on 15 counts, including bias charges. Investigators said he targeted Clementi because he was gay.

On Sept. 22, 2010, just days after the video was broadcast on the internet, Clementi committed suicide by jumping off the George Washington Bridge. He was 18 years old.