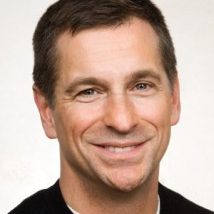 A senior official of the Department of Education expressed regret Wednesday for an incident that happened when he was a young teacher in the late 1980s, saying he should have handled it differently, but that society could benefit from his error, reports ABC News.

Kevin Jennings, director of the Department of Education’s Office of Safe and Drug Free Schools and founder of the Gay, Lesbian, and Straight Education Network (GLSEN), has been criticized by social conservatives for a passage in his 1994 book “One Teacher In Ten.”

At the time, only a few people knew that Jennings, then a 24-year-old teacher at Concord Academy in Concord, Massachusetts, was gay. In the Spring of 1988, a young woman who knew Jennings was gay, brought to his office a high school sophomore whom Jennings called “Brewster” in the book.

“‘Brewster has something he needs to talk with you about,’ she intoned ominously. Brewster squirmed at the prospect of telling, and we sat silently for a short while. On a hunch, I suddenly asked ‘What’s his name?’ Brewster’s eyes widened briefly, and then out spilled a story about his involvement with an older man he had met in Boston. I listened, sympathized, and offered advice. He left my office with a smile on his face that I would see every time I saw him on the campus for the next two years, until he graduated.”

Jennings today issued a statement saying, “Twenty-one years later I can see how I should have handled the situation differently. I should have asked for more information and consulted legal or medical authorities. Teachers back then had little training and guidance about this kind of thing. All teachers should have a basic level of preparedness. I would like to see the Office of Safe and Drug Free Schools play a bigger role in helping to prepare teachers.”

Cleveland selected to be host city for 2014 Gay Games