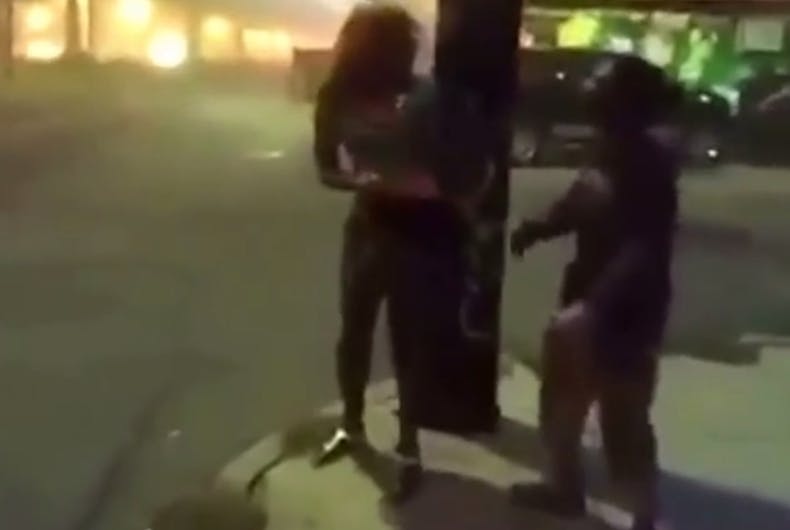 An unknown man accosting a transgender woman on the streets of New OrleansPhoto: screenshot

Two men posted disturbing video of themselves on Facebook beating a trans woman while shouting “Shoot that bitch.”

Facebook removed the video but it was added to the feed of Felicity Noire, according to the San Diego Gay and Lesbian News.

The footage shows two men in New Orleans using transphobic slurs and looking for victims. Towards the end of the video, one of the men appears to be beating a woman while holding a gun.

Noire wrote when she posted the video: “so these two ‘straight’ guys ‘volunteered’ their time to ride around their city targeting gay and trans people on the streets of (NO, Louisiana).”