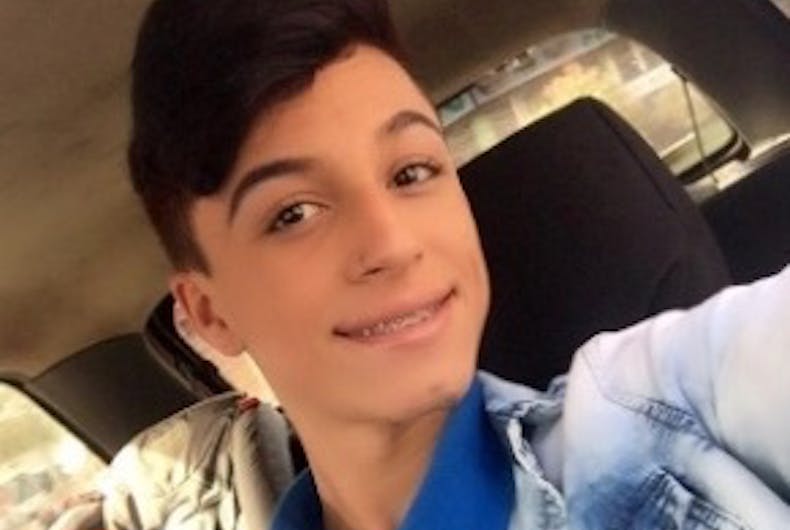 Itaberli Lozano, 17, was stabbed to death by his mother last December.Photo: Facebook

The body was found a week after the murder, burned and buried in a cane field.

The mother, Tatiana Lozano Pereira, 32, claims that Lozano used drugs and brought men home. The teen’s uncle Dario Rosa denies that, saying that Lozano was hard-working and educated, according to G1. Rosa believes that Lozano Pereira killed her son because he was gay and says that this is the first time she accused her son of drug use.

For several days the mother told her family that Lozano had run away to live with extended family, but 9 days later filed a missing persons report. The body had been found 2 days before she filed that report and was only identified because of a bracelet that appeared in several photos of Lozano on social media.

In her original confession, the mother said that she had gotten into a fight with her son on December 27th and he went to live with his uncle and grandmother. He came back to her house on the 29th and they again got into an argument where he threatened her, her husband, and their 3-year-old son, so she stabbed Lozano to death in self-defense. She claimed she then woke her husband and they wrapped the body in a duvet and buried it.

Her story changed when it was found that in December Lozano reported his mother to local authorities. He also posted a message on Facebook on December 26th accusing his mother of hiring several boys to beat him.

Last Friday, two teens were arrested in connection with the Lozano’s murder. They confessed that they were hired to attack Lozano, but they claim that it was the mother who stabbed her son to death in the end. She says she hired them to give her son “a lesson” and that when she saw that her son was dying, she stabbed him because she thought it was better to end his life, according to Blasting News.

Both the mother and her husband were arrested and are being held for 30 days. They are both charged with murder and concealment of a corpse, according to SigaMais.