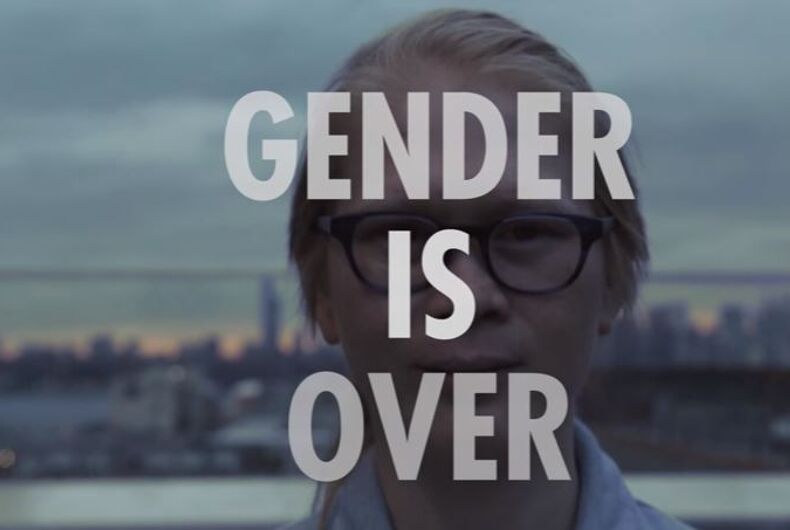 While society is beginning to explore and understand gender in a more nuanced way, there remains a good deal of confusion, misunderstanding and prejudice around gender and gender identity.

This year has already seen a record number of transgender homicides, as well as state violence in the form of anti-LGBT laws that especially target trans and non-binary individuals. It is more important than ever to hear their voices.

In a recent video by Upworthy, three individuals share their stories and their hopes for a less gender-biased and oppressive world. The video stars Tyler Ford, who identifies as agender, Meredith Talusan, a trans woman, and Jacob Tobia, who is genderqueer and gender non-conforming.

“I wish others understood that it’s none of their business how I want to express my gender, and that I’m doing it for myself and not for anybody else,” Talusan says.

Ford reports not feeling like either or a boy or a girl, but not having the vocabulary to express that as a child, before eventually learning the term “agender,” which seemed the best fit.

While Talusan believes people would be happier if gender didn’t exist, Tobia disagrees.

“If gender didn’t exist, the world would be like super boring,” he says. “I love gender. I just don’t love binary gender.”

“Gender-based power structures should be over,” he adds. “Patriarchy should be over. But the expressions that we think about as gender should stay around forever. They’re super fun. Gender doesn’t have to end, but certainly gender-based oppression does. I ain’t got time for that shit.”

“The most exciting thing that I ever learned about gender was that I didn’t have to be either or,” Ford says. “I could just be myself and that’s enough.”