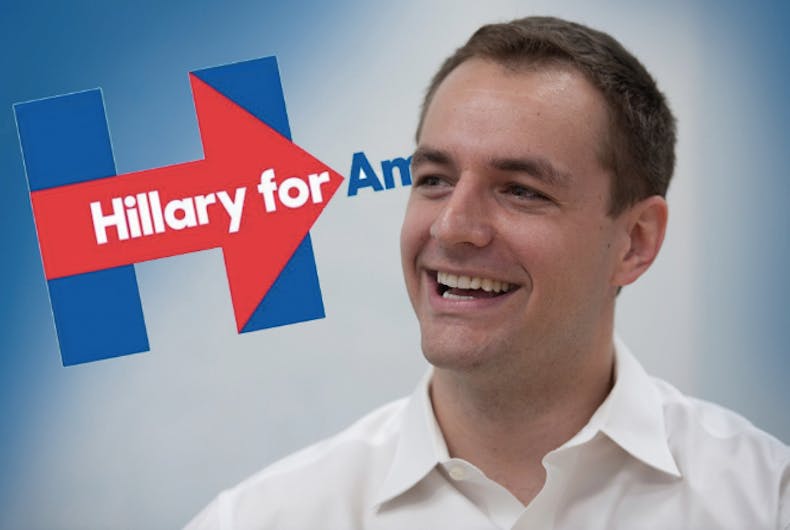 Comparing Donald Trump’s campaign staff to Hillary Clinton‘s is like comparing an alfalfa sprout to a redwood. While Trump is happy to rely on a skeletal staff (whom he doesn’t always pay), Clinton is running a high-powered machine with approximately ten times as many staffers as Trump. When it comes to LGBTQ support, the disparity is even greater. Trump’s gay supporters can easily fit in a restaurant booth and are noteworthy for not looking anything like the rest of the community. Clinton’s gay supporters are far more numerous, pegged at 84% in one poll.

Clinton’s campaign reflects those numbers in its staff, including the most powerful positions in the campaign. But it’s not just the campaign staff pulling for the candidate.

Here’s a rundown of seven people (and one group of bros) both in and outside the campaign, angling for Clinton’s election…

Clinton chose Mook last year to be her campaign manager, and true to his reputation, he’s run a drama-free shop. Even as Clinton’s lead has been shrinking in the polls, Mook has been focused on the Election Day ground game. “We expect it to tighten even further,” Mook told the Washington Post. “That’s why we built a robust campaign in all 50 states, but especially in the battleground states.” Mook is trying to duplicate the data-driven efforts that put Obama over the top in 2008 and 2012. Should he succeed, he will likely have a choice position among the inner circle in a Clinton White House.