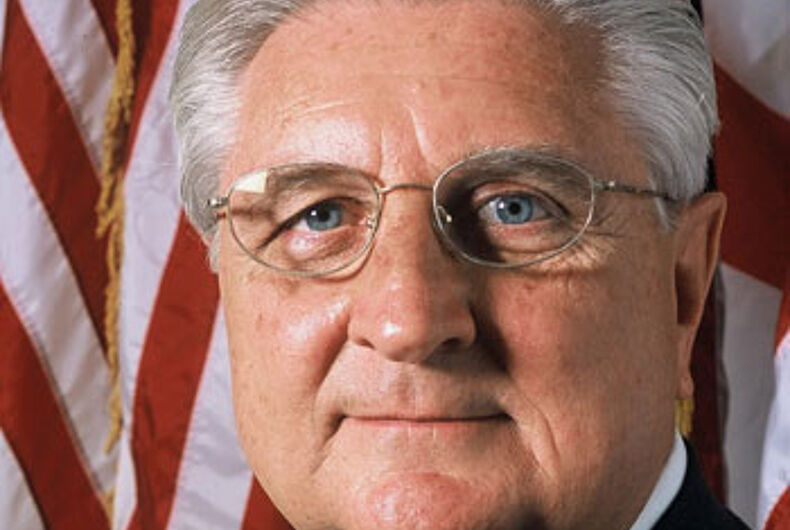 Anti-gay bullying is not bullying at all; in fact, it is “peer pressure and is healthy.” That’s according to Rich Swier, an activist with the Tea Party Nation.

Swier was responding to a report from a Florida group that showed that “77% of all bullying victims are picked on due to sexual orientation, gender identity, or the perception of either.” The report also pointed out that “LGBT youth are up to five times more likely to commit suicide than their straight counterparts.”

But, according to Swier, the anti-bullying campaign is nothing more than a sham by “radical gay activists.” He says that it’s all a part of the ever omnipotent “gay agenda” and its plan to indoctrinate school children into the so-called “homosexual lifestyle.”

This is not bullying. It is peer pressure and is healthy. There are many bad behaviors such as smoking, under age drinking and drug abuse that are behaviors that cannot be condoned. Homosexuality falls into this category.

Homosexuality is simply bad behavior that youth see as such and rightly pressure their peers to stop it. In Sarasota County over 70% of all HIV/AIDS cases are due to male sex with males.

I agree with Gulf Coast Gives that “LGBT youth are up to five times more likely to attempt suicide than their straight counterparts”. Homosexuality, like drugs, harms young people if they experement [sic] with it. That is the greatest tragedy.

It’s truly amazing how these bigots, who work tirelessly to foster an atmosphere conducive to bullying and more bigotry, and work just as tirelessly to deflect the blame from themselves.

According to men like Swier, these astronomical suicide rates have nothing to do with the relentless hatred gay youth have to endure from bigots and bullies like themselves; the kids are the ones at fault for their own misery. Swier may be a perfect example of the biblical concept of human depravity.