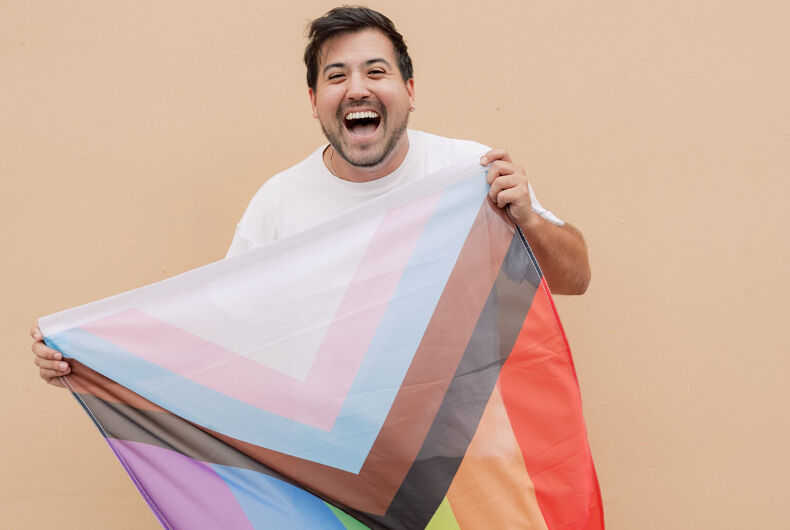 Owin Pierson grew up as a gay Asian-American in a predominantly white and super religious community. Though he felt loved and protected by his parents, he also felt isolated.

He saw his church condemn and try to convert people who came out. He never saw queer role models or people like him in media. Over time, depression and anxiety crept in. He began questioning his worth, feeling like a joke, and assuming that he’d spend his life in a 9-to-5 job.

Realizing he needed more, he became his biggest advocate. He majored in psychology, moved to Los Angeles, and now uses his social media to help others who felt like he did: invisible, alone, trying to find themselves while building a happier, more sustainable life.

Pierson has since become a social media influencer, discussing mental health while working with major brands and the LGBTQ organizations that helped save his life as a young person: the It Gets Better Project, The Trevor Project, and the Human Rights Campaign.

“I didn’t become an advocate in this space because of the spotlight and influence that comes with it,” Pierson says. “I did it because I saw a lack of information, representation, and media attention on the queer community and stepped in best I could, and continue to learn every day from it all.”

His work has become all the more important now that legislatures around the U.S. have pursued laws criminalizing LGBTQ presence and trans youth in schools. Alongside this, rates of mental distress have increased over the past few years,

“As someone who has greatly benefited from therapy and hotline chats … I want to continue sharing the joy of being a part of the LGBTQIA+ community but also the very prevalent struggles so many face, especially the intersection for minority communities,” he said.

Support for the LGBTQ community needs to go far beyond Pride month, Pierson feels, giving visibility to inter-generational and international communities that often go erased or forgotten. Even within the LGBTQ community, he sees a real need to address longstanding discrimination and phobias, especially around stereotypical ideas of what gender, beauty, and relationships should look like.

In the meanwhile, he continues to draw strength and inspiration from other LGBTQ media influencers who, like him, are striving to create a more loving and inclusive world.

“Don’t be afraid of what others may think or that you don’t have the best equipment or ‘nicest’ things,” he tells others looking to share their lives on social media. “You already have something so unique that no one else has, and that’s you. As cheesy as that may be, authenticity will always really be your most valuable tool.”