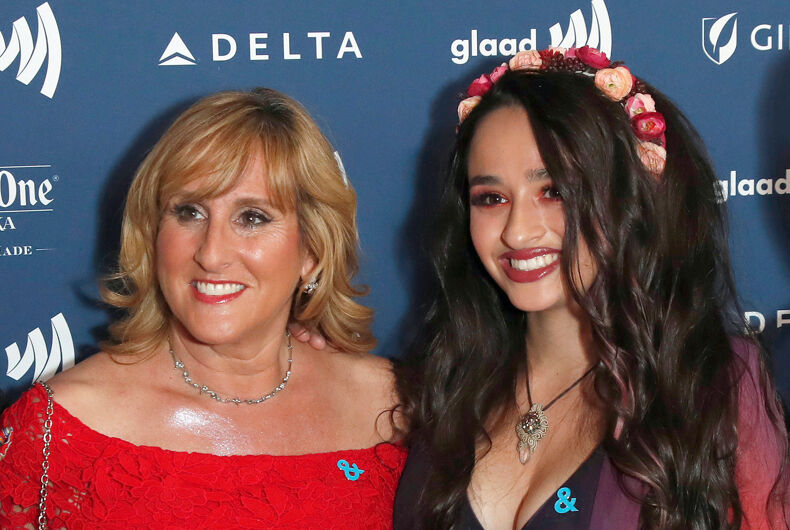 Jazz Jennings has empowered transgender youth throughout the nation by sharing her journey with millions of people. But her every step has been supported by her biggest advocate — her mother Jeanette Jennings.

From early on, Jeanette knew that her youngest child was different from her two older twin boys. Jazz began identifying as a girl at age three. After speaking with knowledgeable doctors, Jeanette and her husband shared their daughter’s story with the local paper and advocated for her right to express her gender identity at school.

“When I first found out that Jazz was transgender, I was so scared,” Jeanette Jennings said. “I worried about her future and how society would treat her. Early on in her transition, I tried to ignore the stares and whispers when I dropped her off at school.”

One day when Jazz was dressed in her girl clothes, another mom approached Jeanette and said, “Why do you let him wear that?” Jeanette simply responded, “Because that’s what she wanted to wear today.” She and Jazz then walked away with their heads held high.

When the story went national, the Jennings family saw an opportunity to improve life for trans youth everywhere. So when Jazz was six, she and her mom sat for a national TV interview with renowned journalist Barbara Walters. Nearly eight years later, the Jennings family appeared in the reality series “I Am Jazz,” sharing the challenges they faced raising an adolescent teen.

Dozens of families wrote afterward to thank them, especially since the media rarely showed positive representations of trans people.

“I’ve always felt it’s a child’s birthright to be loved unconditionally, but it hasn’t always been easy,” Jeanette said. “Jazz has faced adversity her entire life: She’s been bullied, harassed and banned from sports and the bathroom, but she’s always had the love from her family to help try and over the rough time.”

The proud mother has continued her advocacy of trans youth by establishing the Transkids Purple Rainbow Foundation, a group that supports trans youth and educates the community about their needs.

“I was so fearful for her future that my husband and I, we did as much as possible to make her life as happy as possible, knowing what the road ahead could be for her,” Jeanette said. “We just showered her with unconditional love and assured her that we would be by her side no matter what.”

Chevrolet is matching donations to PFLAG up to $25,000

PFLAG is the first and largest organization for lesbian, gay, bisexual, transgender, and queer (LGBTQ+) people, their parents and families, and allies. With nearly 400 chapters and 250,000 members and supporters crossing multiple generations of families in major urban centers, small cities, and rural areas across America, PFLAG is committed to creating a world where diversity is celebrated and all people are respected, valued, and affirmed.