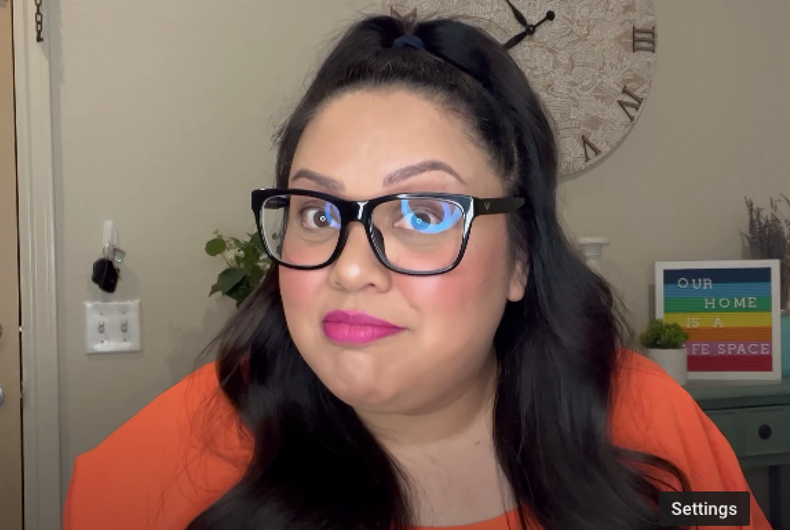 Eeka Mcleod knows what it’s like to raise a special family. She gives her three adopted kids — Evan, Eli and Ella — the love and encouragement to express their unique selves. This is especially true for her son Evan.

Evan — who is autistic and has experienced developmental delays — began wearing dresses when he was four years old.

“The day my son first asked me for a dress changed our lives in a way I couldn’t even imagine,” Eeka said. She initially felt confused about why her son would want to dress up like a Disney princess rather than a knight.

“He was so excited to get this sparkly, colorful gown and, honestly, I never saw an issue with it,” she said. “I saw in my child, a happy, thriving creative kid. So I was shocked at the responses I started receiving from the public, people I thought were friends, and even our family.”

Evan enjoys dressing up, just like lots of other children, Eeka realized. As a self-identified queer, asexual and bi-romantic, she knows the importance of supporting Evan’s self-expression. Gender non-conforming children like Evan need and benefit from adults’ love, support, and acceptance. So when he began wearing pretty dresses and tutus around the home and out in public, she began sharing images of her happy son with her large social media following.

“I was the first person he came to when he found the courage to say that he does not identify as a boy, but as a girl-boy,” Eeka said. “Cultivating an environment of acceptance, love and inclusion has not only helped to build his little self-esteem, but has also taught him how to be loving and kind to others.”

Eeka hopes her son’s courage and joy can inspire others to be themselves and to treat others with kindness as well.

Chevrolet is matching donations to PFLAG up to $25,000

PFLAG is the first and largest organization for lesbian, gay, bisexual, transgender, and queer (LGBTQ+) people, their parents and families, and allies. With nearly 400 chapters and 250,000 members and supporters crossing multiple generations of families in major urban centers, small cities, and rural areas across America, PFLAG is committed to creating a world where diversity is celebrated and all people are respected, valued, and affirmed.