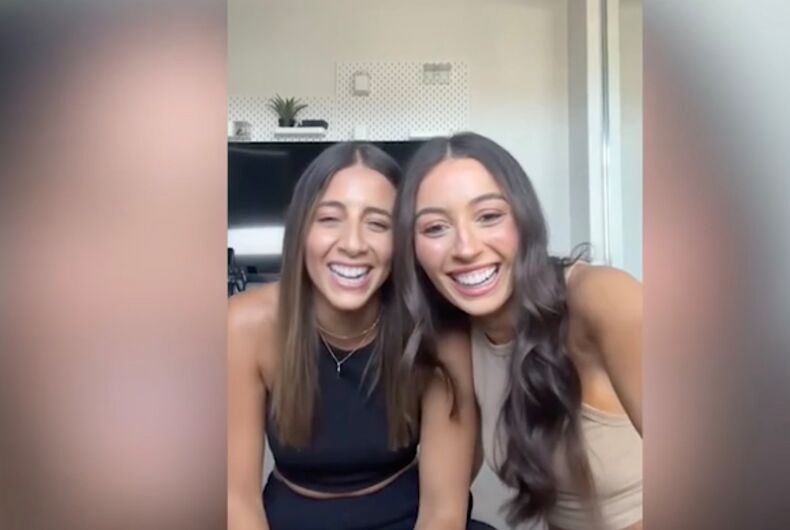 A woman who thought she was straight her entire life says her sexuality changed after she stopped taking birth control.

After she stopped, she told news.com.au that “everything changed” and she was a “completely different person.”

“I had so much more energy, I was excited about life. On top of this, my sexuality was changing. For the first time in my life, I became really sexually attracted to women. I told my friends that I think I was ready to start dating girls.”

Suddenly, she said, she no longer found men attractive, though she still considers herself “a little bit bisexual.”

For the past six months, Bona has been dating 24-year-old Phoebe Chakar, who she called the “absolute love of my life.”

“I couldn’t be happier,” Bona declared. “It’s a totally different dynamic to being with a man. She is my best friend, and I love every second I spend with her.”

She added that “It breaks my heart to think this might never have happened if I was still on the pill.”

While limited research has taken place in this space, some studies have indeed suggested that birth control can affect sexual attraction. Birth Control researcher Dr. Sarah E. Hill, Ph.D., told Buzzfeed that “the birth control pill changes women’s sex hormones, which means that its effects go far beyond contraception. There are hormone receptors on virtually all cells in the body – including all major structures in the brain. Because of this, hormonal birth control can have an impact on nearly every aspect of who a woman is.”

“Researchers have only very recently begun to explore the psychological and behavioral effects of the pill, which means that the things we know are far outnumbered by the things we don’t.”

Women’s health specialist Katherine Maslen explained to news.com.au that research has also shown “that women are attracted to the odor of men who are less genetically similar to them, and that when we are taking the pill this shifts towards partners that are more similar to us.”

Maslen said Bona’s sexuality shift could also be due to the mental health issues that the pill could cause.

“Now that this is lifted she could feel more free to explore other things,” explained Maslen.

“I have observed massive personality changes in some of my patients that stop their hormonal contraceptives, with many of them reporting that they ‘feel like a different person.”‘

Maslen added, “This isn’t really surprising since there are millions of estrogen and progesterone receptors in the brain… when this hormone replacement is stopped women can experience changes in their emotional state, often for the better.”