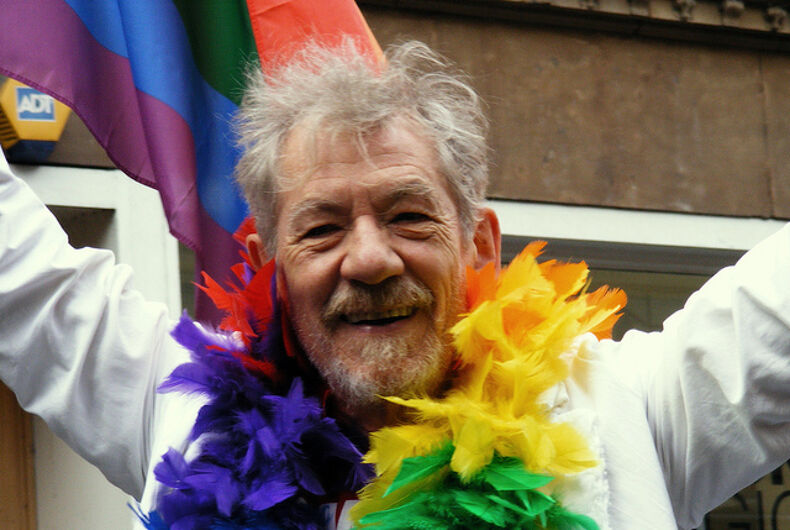 It’s hard to imagine anyone with a beating heart who doesn’t love Sir Ian McKellen.

The 83-year-old Tony and Golden Globe-winning actor has been not only a beloved screen presence for decades but also an outspoken advocate for LGBTQ+ rights around the world since coming out in 1988.

And it turns out, the word “love” has special significance to him. On a recent episode of the Apple Music podcast Three Little Words, McKellen told hosts John Bishop and Tony Pitts why.

“If you ever arrive in Manchester,” the Lord of the Rings star explained, “And if you’re lucky enough to be able to afford a taxi, you get in the back of one and the taxi driver—usually a man, but not always—says ‘Where you going love?’”

McKellen paused, seemingly choking back sobs. “Oh, and I feel I’m home,” he continued. “Where grown men call strangers ‘love.’ I think if we all did that, it would be a rather better place, wouldn’t it?”

Even more surprisingly, McKellen went on to connect that simple, everyday act of kindness and fellowship to issues around gender and pronouns.

“When people have got problems with gender, and pronouns, and so on,” he continued, “Love covers everything really. Just call everyone love.”

In video that Bishop posted of the conversation on Twitter, he and Pitts are visibly moved by McKellen’s words, discussing the terms men use to refer to each other, and the shift they’ve seen in straight men’s ability to express affection with one another and with members of the LGBTQ+ community.

‘I think if we all did that, it would be a rather better place wouldn’t it?’ ❤️

National treasure @IanMcKellen joined me and Tony for Three Little Words this week, where he gave a surprising and moving answer as to why he chose the word love. pic.twitter.com/SvJwLg2OIE

The conversation clearly struck a chord with listeners. A clip from the video, which was posted to TikTok, has so far gotten over 150,000 likes.