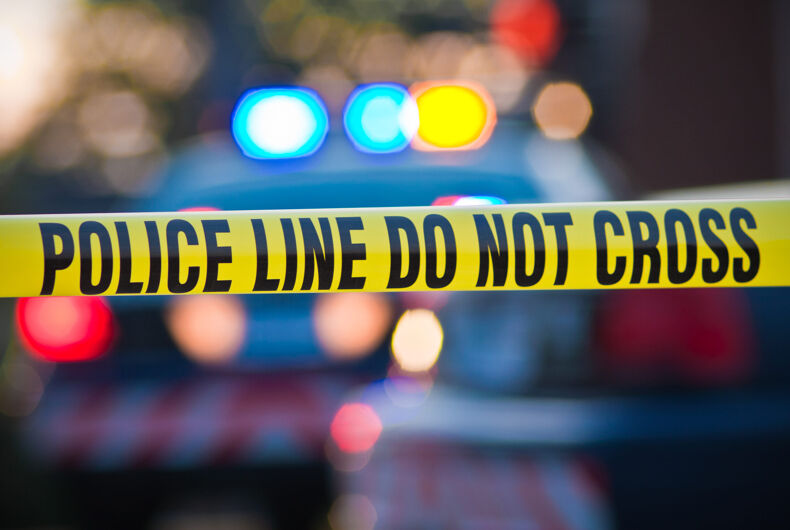 Houma, Louisiana, has never been an easy place to be gay. Located in the murky wetlands roughly an hour Southwest of New Orleans, the Terrebonne Parish town has deep roots in Catholicism, Cajun machismo, and conservative values. The whole area has a genuine “the end is nigh” feel soaked into its marrow, a lagniappe from the catastrophic flooding and hurricane damage which has nearly wiped the city off the map – and killed a number of its residents – multiple times in the last century.

It was unsurprising in a place like Houma that The Drama Club, a modest LGBTQ+ bar with a standard issue disco ball hung over its checkered dance floor, became one of the few truly safe spaces outside liberal New Orleans. Unofficial community centers for elder gays and younger queers surrounded by Deep South church rhetoric are essential across the Gulf Coast, and ones with a liquor license are especially appealing.

But this unofficial community center was rocked on Christmas Day 2009, when The Drama Club manager, 39-year-old Robert LeCompte, was found brutally stabbed to death on the floor of his venue. A cryptic, damning, handwritten note pinned under his cold body read:

Soon, word some homo had gotten offed for sinning spread in Houma, confirming conservative’s worst fears about what “they gays” were doing. It would take years for the truth of what really happened to shake out.

LeCompte was a petite Southern boy with a full head of brown hair, warm blue eyes, and a puckish smile. By all accounts, and this includes local cops who didn’t always agree with The Drama Club’s “lifestyle,” he was beloved by everyone. Born and raised in Houma in the 1970s, he knew what it was like to come from little money, broken families, and bayou adversity, yet maintained an optimistic cheerfulness. A 2014 Vanity Fair article on the murder described LeCompte as “simple, trusting, loving, and very very gay, even before he was out.”

He was a perfect fit for The Drama Club, then owned by Lafayette-born Randy Chesnut, who hired LeCompte in 2004 first as a lowly cleaning boy, then bartender, and finally manager of the whole establishment. The pair even lived together for years, platonically, in the oversized trailer where Chesnut kept a spare bedroom for LGBTQ+ people in need.

LeCompte was also openly HIV-positive, something which made the chilling note at his murder scene baffling. Bobby took his diagnosis, and the health of others, seriously.

Christmas Eve 2009 had been LeCompte’s birthday. A party in his honor was thrown at the club, packed with well-wishers and those who had nowhere else to go for the holiday. According to the Terrebonne Parish Sheriff’s Office, witnesses said the bash wound down by 1:30am. By 3:22am, however, LeCompte still hadn’t returned home, and Chestnut phoned police to drive by the bar just in case.

Officers found the club unlocked and completely empty minus the victim, blood congealing around LeCompte’s 13 stab wounds. Several thousand dollars were also missing from the cash register, but the written accusation seemed the strongest motive for such a brutal killing.

Months later, local Detective Lieutenant Terry Daigre got a panicked call from Darkus Baker, the mother of Young’s second child. Young had just beaten her up again, and she could no longer remain silent. She said he had shown up in her car on Christmas Day at dawn with a bloody shirt in a shopping bag, then confessed to stabbing LeCompte with a screwdriver.

In tearful testimony during the eventual 2012 murder trial, she explained Young told her LeCompte’s last words were, “Why me, I thought I was your friend?” Baker had originally believed Young created the murder story to cover up a night out cheating on her again.

As the small trial unfolded, it was revealed Young was negative for HIV – no one, least of all LeCompte, had given him AIDS. A collector of knives with a history of violent domestic abuse, Young walked off his job several days before the murder. His savage stabbing of LeCompte had been driven entirely by greed, allowing him to seize $4000 for Christmas presents. The note was a fabrication, a purposeful exploitation of gay stereotypes meant to distract police while making LeCompte look deserving of execution.

Young was eventually convicted of first-degree murder and sentenced to life in Angola Prison in January 2013. He asserts that while he was present for the killing, he is not the murderer.

The Drama Club – which held a fundraiser to cover LeCompte’s funeral costs – limped along for several more years, but it never quite recovered from the trauma inflicted on the chosen family within it, nor the quiet rumors of AIDS and murder whispered by outsiders.

It finally shuttered in 2014 after one last all-night farewell party, prominently featuring a photo collage of LeCompte. The complete details of the case, and the toll it took on a tiny community inside a small community, became common knowledge amongst locals only after the damage was done, when TV’s Oxygen network featured the story as part of its Murdered By Morning true crime series in 2022.

How to bind your chest safely