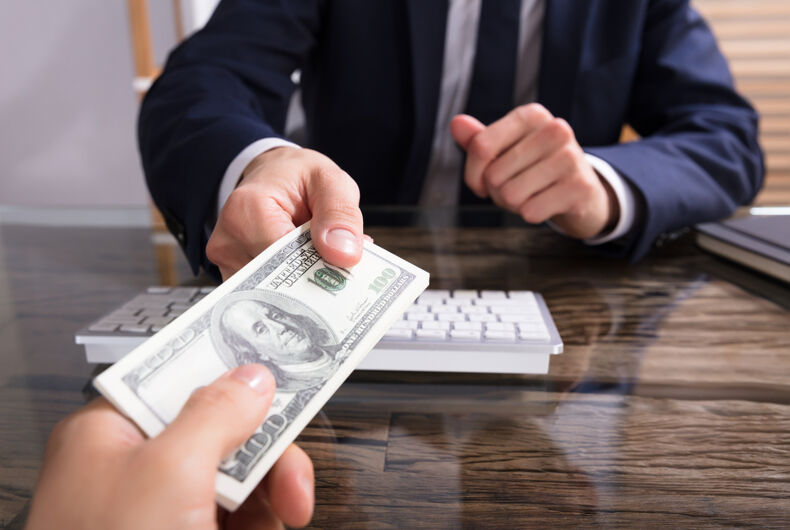 A new William’s Institute study has found that LGBTQ+ adults are more likely to have federal student loan debt than non-LGBTQ+ adults.

The largest burden seems to fall on transgender adults. 51% of trans adults have federal student loans, compared to 35.9% of LBQ cisgender females and 27.9% of GBQ males.

The overview of the study states that “information about student debt among LGBTQ adults is missing from student loan forgiveness discussions,” a point that has been made more than once by LGBTQ+ advocates.

Out writer Nick Wolny also called student debt an “LGBTQ+ crisis” earlier this year, citing the often intense yearning of LGBTQ+ young people to leave home and the need for them to take on massive amounts of debt to do so.

“I was not allowed to have a girlfriend when I was living at home because of my mom’s beliefs,” said therapist and clinical social worker Lee Ring. “Once I got out and was living in the dorms and had more independence, I was able to more freely be out. I was able to connect with other LGBTQ peers. I came out as nonbinary in my undergrad career as well; that wouldn’t have happened if I had been living at home with my parents, because I wouldn’t have had the opportunity for exploration.”

A 2018 report also noted that LGBTQ+ young people are more likely to lack financial support from family. In addition, anti-LGBTQ+ employment discrimination makes it more difficult for LGBTQ+ people to earn a living that allows them to easily pay back their loans.