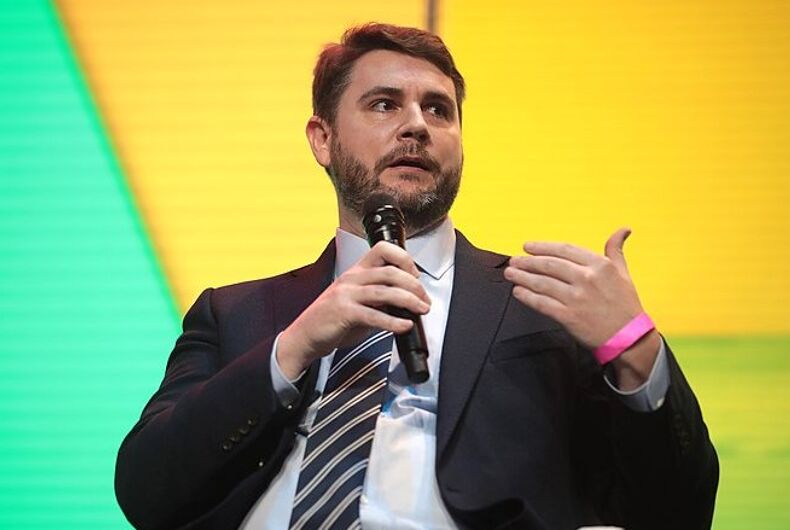 Anti-LGBTQ+ activist James Lindsay thinks that drag queens (who he calls “groomer clowns”) are part of “an unconventional warfare tactic to provoke” conservatives into killing one. Such a killing, he says, would make the victim a “Drag Floyd,” basically a drag queen version of George Floyd, a Black man whose 2020 murder by police sparked national protests against institutional discrimination.

“This is an unconventional warfare tactic to provoke. The goal… You guys remember George Floyd, the goal is to have Drag Floyd. And I’m serious, this is deadly serious.”

He said the “real goal of Drag Queen Story Hour” is to teach kids “living queerly [and] strategic defiance” and to get adults to either accept their methods or to react too harshly against them on video in order to “smear” such opponents as inciters of anti-LGBTQ+ hate, Media Matters reported.

“The goal is to get you to give in so they get their way or overreact — and that’s where I say ‘Drag Floyd,'” Lindsay added. “It’s so important to understand that they want a drag queen to get attacked and they want to make a huge amount of hay of it and they want to create summer 2020 again off of a drag queen or a trans person or something like this.”

Lindsay made his comments while sitting on a panel with Kirk; Steve Bannon, an anti-LGBTQ+ former advisor to President Donald Trump; and Tim Pool, a podcaster who said that queer people are child molesters who are responsible for their own murders.

While Lindsay is wrong about queer people wanting conservatives to murder drag performers for political gain, he is correct that “grooming” rhetoric like his has convinced right-wingers to increasingly target drag performances and LGBTQ spaces with violence.

Lindsay himself has contributed to such violence. A study found him to be the second most prolific anti-LGBTQ+ tweeter in the United States. He helped popularize the anti-LGBTQ+ slur “groomer,” which insinuates that LGBTQ+ people and allies want to sexually abuse kids. He was suspended from Twitter for using the slur but was reinstated by the site’s new transphobic billionaire owner Elon Musk.

Lindsay has falsely suggested that the LGBTQ+ youth suicide prevention organization The Trevor Project is somehow associated with pedophilic grooming and has called a small federal government grant for educational drag performances “an act of political warfare.”

Notably, he hasn’t used his platform to speak out as ardently against widespread child sexual abuse in the Christian church nor has he partnered with any organizations that actually oppose such abuse or child sex trafficking.

HRC estimates that at least 34 transgender and gender non-conforming people have been killed so far in 2022.