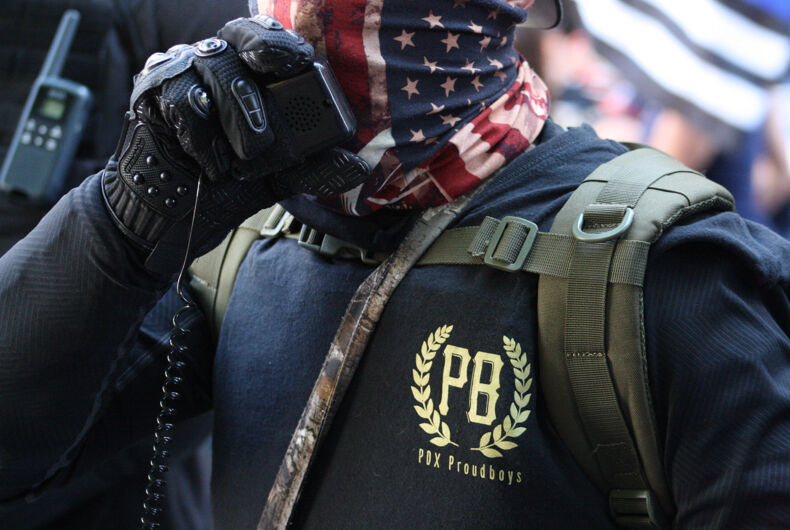 Anti-LGBTQ+ sentiment has been the largest driver behind the increase in far-right protests this year, according to a new report from the Armed Conflict Location & Event Data Project (ACLED).

While anti-LGBTQ+ motives most account for the increase, white supremacy/white nationalism was still the top overall driver of far-right protest activity in 2022. Anti-LGBTQ+ mobilization was the second largest.

“This suggests that the places that see the highest levels of anti-LGBT+ organizing (i.e. where people protest against LGBT+ rights, or show up to disrupt LGBT+ events, or engage in propaganda distribution), are also the places where the LGBT+ community is at heightened risk of targeted political violence, underlining the relationship between mobilization drivers and violent outcomes,” the report’s author, ACLED Director of Research & Innovation Roudabeh Kishi, wrote.

Social media and poor content moderation policies, however, have allowed anti-LGBTQ+ rhetoric and violence to spread far beyond states in which anti-LGBTQ+ demonstrating is most common. The study used the Club Q shooting in Colorado Springs, Colorado in which five people were killed as an example, saying that anti-LGBTQ+ organizing had been “relatively more limited” in Colorado compared to other states.

ACLED also believes that Donald Trump’s 2024 presidential campaign “could reinvigorate certain sectors of the far right, such as groups like the Proud Boys.” Of the 100 pro-Trump demonstrations held so far this year, about 25% have included far-right actors, the report stated.

According to Kishi, far-right mobilization has evolved since the January 2021 Capitol riot and while action has risen, it has also been consolidating around a smaller number of distinct groups.

The report stated that anti-LGBTQ+ activity from the far-right did not lead to success at the polls in the midterms and thus did not invigorate mainstream Republicans, but it did stoke anti-LGBTQ+ violence.

It also predicted that “the dominant right-wing narrative strategy” will have to change and find something more effective than anti-LGBTQ+ rhetoric to inspire voters, but it emphasized that anti-LGBTQ+ mobilization is still unlikely to “be completely abandoned in the near term” and “may foster closer ties between mobilized populations, such as evangelicals, Christian nationalists, and certain far-right groups.”

White supremacy and white nationalism, the report stated, will likely continue to rise as a driving factor for right-wing politicians and voters.