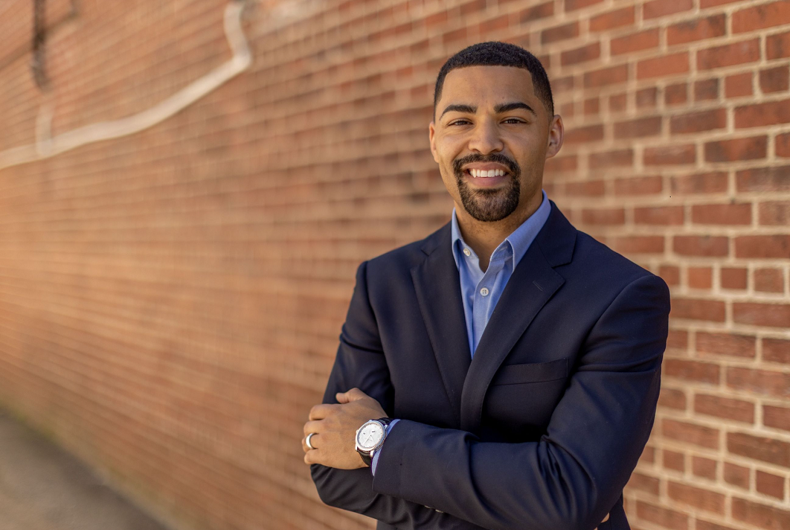 This year’s midterm elections were historic for the LGBTQ+ community, with a record number of out candidates winning their races.

According to the LGBTQ+ Victory Fund, 436 out candidates were victorious, beating 2020’s record of 336.

LGBTQ+ candidates had a 61% win rate, and what’s more, many of the winning politicians made history as the first out LGBTQ+ person to be elected to their position.

Here are just a few of the LGBTQ+ candidates who broke lavender ceilings this year.

Together, Maura Healey (D) of Massachusetts and Tina Kotek (D) of Oregon were elected the nation’s first-ever out lesbian governors.

Healey was also the country’s first lesbian state attorney general. While in office, she took on Purdue Pharma over the opioid crisis and exposed Exxon’s climate crisis denial. As Civil Rights Chief in the AG’s office, Healey brought the first successful challenge to the Defense of Marriage Act, helping to lay the groundwork for marriage equality nationwide.

As AG, she championed non-discrimination protections for trans people in Massachusetts and pushed for gender-neutral markers both federally and for the state.

She also sued the Trump administration repeatedly – nearly 100 times over her tenure.

Kotek was the longest-serving House speaker in Oregon history and the first to be an out lesbian. She used her position to secure greater LGBTQ+ rights and to help manage the state’s other environmental and societal challenges.

Maye Quade is known for holding a 24-hour sit-in on the state house floor to protest a lack of action on gun violence. She also went viral this election cycle for making a convention speech while in labor.

Oumou Verbeten works for the city of St. Paul as an equity manager. She told the Sahan Journal that “It’s an honor to be able to step into… history. Doing that with my sisters is really important to me. We’re not alone and we’re going in there together.”

“Trans people – and trans men in particular – remain severely underrepresented in government at every level,” Parker continued, “but we are confident his win will inspire many more trans people to run for office.”

This year, Becca Balint (D) was elected the first out LGBTQ+ woman member of Congress from Vermont.

In March, the current President Pro Tempore of the Vermont State Senate told LGBTQ Nation that her main reason for running for Congress was to combat the rising threat of authoritarianism in the U.S.

In Congress, Balint also plans to tackle the workforce and housing shortage crises taking place across many states. She also plans to advocate for “Medicare for All”, as well as more significant investments in childcare, paid sick leave, and minimum wage increases.

“My mom brought me to this country when I was 5. She risked everything so that I could succeed,” Garcia said in a tweet when he announced his Congressional campaign. “Every single kid deserves the same shot that this country has given me.”

Garcia is also only the second out Latino to serve in Congress.

Together, Democrats Christian Manuel-Hayes and Venton Jones have become the first out Black LGBTQ+ men ever elected to the Texas state legislature.

In a statement celebrating the victories, Mayor Parker called out anti-LGBTQ Texas Gov. Greg Abbott (R), saying that he “emboldened a wave of anti-LGBTQ hate this year – but there hate has fueled LGBTQ people to step up and run for office like never before…For far too long, Black and LGBTQ Texans have lacked equitable representation. Tonight, we are taking a meaningful step forward.”

“From his advocacy at the ACLU to his work in the Michigan state legislature, Jason has dedicated his entire career to bettering his community by fighting for more equitable and inclusive public policy,” said Mayor Parker. “He has the political grit and strong grassroots support to enact meaningful, lasting change in Lansing. At a time of increased homophobia and racism, his win tonight is also a deafening rebuke of hate and a powerful sign that progress, though slow at times, will prevail.”

Zooey Zephyr was the first out trans person ever elected to the Montana legislature.

She decided to run after testifying before the Montana legislature against an anti-trans sports bill.

Democrat Erick Russell won his election for Connecticut treasurer this year, making him the first Black, gay statewide officeholder in the U.S.

“For far too long, people of color and the LGBTQ community have lacked equitable representation in government,” said Parker. “Erick shattered this lavender ceiling and made history.”

Seven LGBTQ+ TikTok creators that are well worth a follow

Top moments in 2022 that brought us hope for trans rights