From actresses to major leaguers to Olympians to former child stars, a bevy of beloved stars officially joined the LGBTQ+ family this year.

While the circumstances behind their decisions to come out varied – with some of them even feeling pressured to do so – many of them said one of the major reasons behind their announcements was to set an example for others and inspire young people to feel free to be themselves.

Without further ado, here are 10 stars who came out this year. 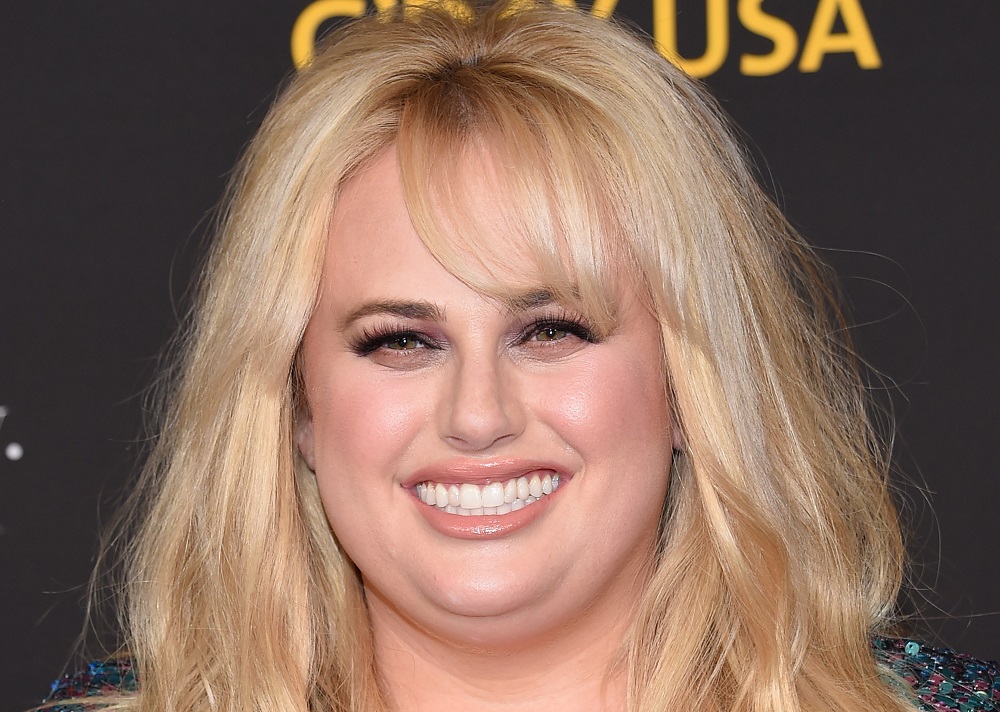 Beloved Pitch Perfect actress Rebel Wilson came out on Instagram by posting a photo of herself alongside girlfriend Ramona Agruma.

Wilson’s coming out was controversial because she felt forced to do so after a journalist from the Sydney Morning Herald essentially threatened to out her in an article.

Columnist Andrew Hornery, who is gay, claimed it was not his intention after he sent an email giving her a two-day deadline to respond to his plans to write about the relationship.

Actor John Cameron Mitchell casually came out as nonbinary in a March interview with Pride magazine.

In a discussion about LGBTQ actors and whether or not straight and cisgender actors should get roles as LGBTQ characters, Mitchell quickly spelled it out.

Known for playing the lead role in Hedwig and the Angry Inch, Mitchell acknowledged that “lately I’ve been getting a little bit of flack” about his casting.

Mitchell said critics have complained that “only trans people can play that role because it’s a trans role. I’m not trans, I’m non-binary, but that’s a slippery slope because the character is forced into an operation and is not really trans.”

In 2018, Monáe came out as pansexual after years of putting queer references in their music and the resulting fan speculation. They explained then that their album Dirty Computer was an affirmation of their identity.

“A lot of this album is a reaction to the sting of what it means to hear people in my family say, ‘All gay people are going to hell,’” they said at the time.

“I want young girls, young boys, non-binary, gay, straight, queer people who are having a hard time dealing with their sexuality, dealing with feeling ostracized or bullied for just being their unique selves, to know that I see you.”

Minor league baseball player Solomon Bates came out as gay in August after being cut by the San Francisco Giants.

“Being gay in this sport you don’t know what comes at you!” said Bates in an Instagram post.

The 25 year-old relief pitcher, who’s been out to fellow players since 2019, took advantage of his unexpected release from the Giants organization to get personal.

“The San Francisco Giants organization is extremely proud of Solomon for the courage he displayed in coming out and we support his decision to live his life proudly and openly,” the team said in a statement. “We applaud the example he is setting for those in the game of baseball and beyond.”

“I haven’t been out as my complete self because I’ve been hiding myself,” he told Outsports in an interview after the cut. “I’m a masculine man who loves the sport of baseball, and now I want to open up doors for gay athletes like me.”

A former player for the New Zealand Warriors, Green won an Olympic gold medal in 2016 as a member of Australia’s rugby sevens team.

“As a kid I remember I thought I was a boy in public,” Green told The Associated Press. “I had a short [haircut] and whenever we met new people they thought I was a boy. I always used to wear my brother’s clothes, played with tools, and ran around with no shirt on. Until I grew breasts, and I thought ‘oh no.’”

“I’d like to help someone not feel so isolated by telling my story,” he added.

Green is only the third Olympic gold medalist to ever come out as transgender, alongside Caitlyn Jenner and Canadian soccer player Quinn. But he said he had no rugby-related plans in the near future. He’s focused on life with partner Vanessa Turnbull-Roberts and being a full-time dad to the couple’s then-newborn child.

Singer Tevin Campbell, best known for a string of R&B hits in the 90’s, came out as gay on the PEOPLE Every Day podcast.

The R&B phenom was discovered in 1989 by producer Benny Medina, who hooked him up with hit-maker Quincy Jones. Jones likened the 12-year-old’s voice to a young Aretha Franklin or Stevie Wonder.

Campbell revealed he came out to family and friends early in his career, but the industry wasn’t welcoming at the time to young Black men being gay.

“I didn’t hide anything about me. I didn’t try to act a certain way or anything,” he said. “You just couldn’t be that back then.”

Campbell said the music industry had made much progress regarding queer representation, citing Frank Ocean and Lil Nas X.

“I hate that it wasn’t like that in the 90’s, but I’m glad I get to see that. I wouldn’t have been prepared when I was a kid to be a spokesperson for the LGBTQ community, but I’m glad that it’s changing because there are a lot of kids, especially young Black boys, that need to see representation, because the machismo thing exists in our culture, that is poison.”

Sanjaya Malakar made his debut on American Idol as a teen in 2006. In August, at 32, he came out as bisexual.

He shared the news on The Adam Sank Show podcast.

Sanjaya said he knew at a young age he was somewhere to the right on the Kinsey scale, but “at the time of American Idol, I had a serious long-term girlfriend.”

When speculation swirled about the 17-year-old’s sexuality, the popular verdict was “gay.” Sanjaya had to make a decision.

“Okay, well, now I have to say ‘no,’ because at this point, they’re forcing me to make a decision until I define myself.”

“It’s like, all of my publicists, they’re like, ‘Oh, just tell everyone you’re single, be ambiguous,’ you know? ‘No one needs to know anything about anything because you don’t want to lose your fans.’ And I’m like, ‘Okay, but why am I manipulating what I know myself? To figure out what kind of fans I’m gonna get? Because I’m still trying to discover who I am.”

Maybelle Blair, who inspired the character played by Madonna in Penny Marshall’s 1992 comedy A League of Their Own, came out as gay in June. The 95-year-old made the announcement at the Tribeca Festival premiere of Amazon’s new series based on the film.

Speaking about the new, more inclusive version of the story of the All-American Girls Professional Baseball League, Blair said, “I think it’s a great opportunity for these young girl ball players to come realize that they’re not alone, and you don’t have to hide.”

“I hid for 75, 85 years, and this is actually basically the first time I’ve ever come out.”

Both the show’s and Amazon Studios’ official Instagram posted a video from the Tribeca event, with a note celebrating Blair’s announcement.

“For the majority of her life, sports legend 95-year old AAGPBL player, Maybelle Blair felt like she had to hide her authentic self,” the caption reads. “Today she came out publicly for the first time. We couldn’t be happier for her, and continue to push for love, acceptance, and education on and off the field.”

In May, teenage English pro soccer player Jake Daniels became the first active men’s professional soccer player in the UK to come out as gay in over thirty years.

“Since I’ve come out to my family, my club, and my teammates, that period of overthinking everything – and the stress it created – has gone. It was impacting my mental health. Now I am just confident and happy to be myself finally,” Daniels told reporters.

In response, then-Prime Minister Boris Johnson tweeted, “Thank you for your bravery, Jake. It would have taken huge courage to come out and you will be an inspiration to many both on and off the pitch.”

English’s soccer governing body, The Football Association, called Daniels “an inspiration” and Premier League clubs Machester United, Manchester City, and Chelsea all said they were “proud” of him.

After fans accused him of queerbaiting on Twitter, Kit Connor came out as bisexual and called out those he said forced him to come out.

In the beloved Netflix series Heartstopper, Kit Connor plays a bisexual high school student coming to terms with his sexuality as he falls in love with a classmate.

When asked about his sexual identity in interviews about the series, Connor stated that he wasn’t ready to label himself.

After being photographed on the set of his new film, A Cuban Girl’s Guide to Tea and Tomorrow, holding hands with costar Maia Reficco, fans began accusing him of “queerbaiting.”

In mid-September, the accusations on Twitter seemingly drove Connor from the social media app.

“This is a silly silly app,” he wrote in a September 12 post. “bit bored of it now, deleting twitter :)”

Connor then returned to Twitter to announce he is bisexual.

“Back for a minute,” Connor wrote in an October 31 tweet. “I’m bi. Congrats for forcing an 18 year old to out himself. i think some of you missed the point of the show. bye.”

In a recent interview with Variety co-star Olivia Coleman expressed her frustration at what happened to Connor.

“I am so proud of him, but I am not proud of how people bullied him. I think people should be allowed to have their own journey. But I’m incredibly proud of him as a young man to deal with all of that and be in the spotlight. It’s unfair. But he’s amazing. He’s a very beautiful human being.”

This big gay winter festival was the ancient precursor to Christmas