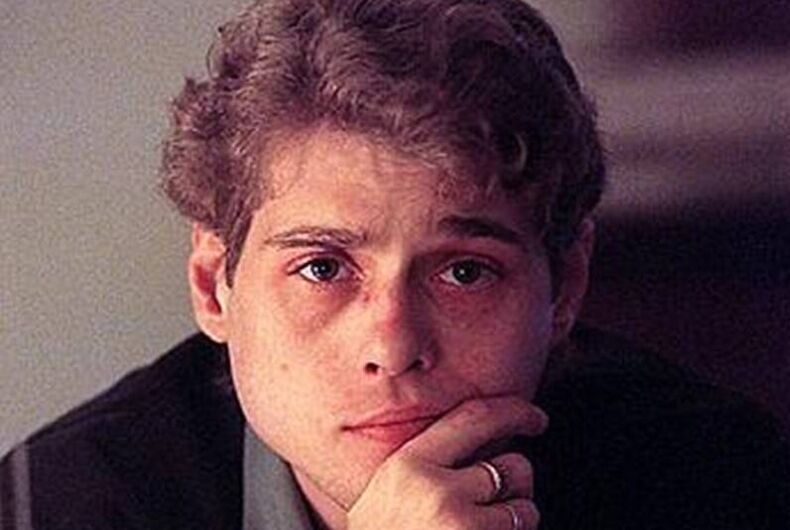 Republican legislators in Tennessee are using the 2004 suicide of a Canadian to justify a proposed ban on gender-affirming care for transgender youth.

The suicide was mentioned in a bill introduced Wednesday alongside another that would ban all-ages drag shows in the state.

The official text of the gender-affirming healthcare ban, entitled the “Protecting Children From Gender Mutilation Act,” contains numerous misleading falsehoods. The bill would fine medical providers $25,000 for providing puberty blockers or other gender-affirming care to minors.

The bill calls gender-affirming care “experimental,” says such care is “not consistent with professional medical standards,” and claims that “many individuals have expressed regret” over such receiving care as kids. None of these claims is true.

Gender-affirming care methods have been used for decades and are supported by every major American medical and psychological association. A 2015 survey by the National Center for Transgender Equality found that less than 0.02 percent of trans adults regret their transitions.

The bill also references David Reimer, a Canadian man who was assigned male at birth and died in 2004 by suicide after doctors told his parents to raise him as if he were a girl following a botched circumcision that burned their penis beyond surgical repair. Reimer’s case in no way resembles the gender-affirming care that youth receive and supports the idea that gender identity is about more than one’s genitalia.

The bill also says that Reimer and their brother both died by suicide, but Reimer’s brother died of an overdose.

The bill goes on to claim that medical providers have “posted pictures of naked minors online to advertise such surgeries,” though the bill doesn’t mention where this allegedly occurred.

In short, the bill casts gender-affirming medical providers as child pornographers who force kids into trans identity and dangerous surgeries just to make money. This sort of characterization is responsible for recent bomb and death threats against doctors.

The second bill would ban any “adult cabaret performance” — including “topless dancers, go-go dancers, exotic dancers, strippers, male or female impersonators who provide entertainment that appeals to a prurient interest” — on public property within view of anyone who is not an adult.

Local LGBTQ advocates criticized both bills, mentioning that gender-affirming care reduces suicides and mental anguish among trans youth. They also noted that the second bill would stop drag queens from reading to kids in public libraries, something that is hardly of “a prurient interest.”