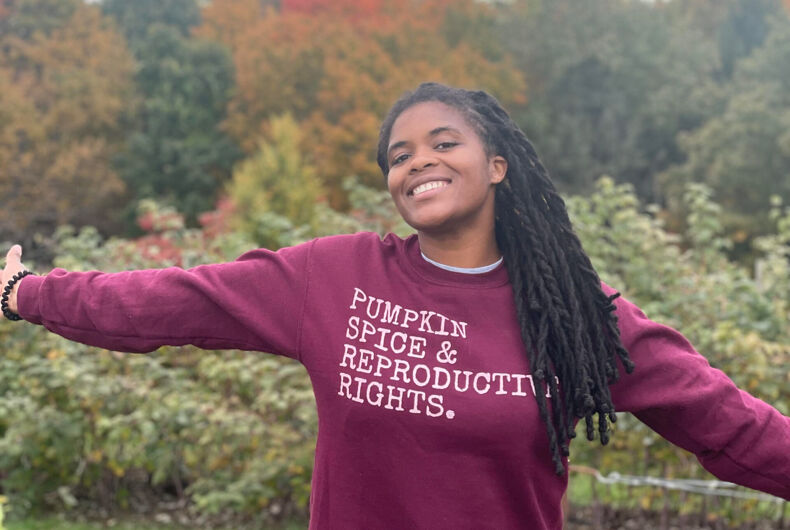 LGBTQ candidates have made history across the country in this year’s midterms.

As state legislatures continue to pass anti-LGBTQ legislation, pro-equality state representatives have become some of the most pivotal defenders of LGBTQ rights.

Even in states where legislatures are not repeatedly attacking LGBTQ rights, representation is crucial. State legislators make countless decisions that affect the day-to-day lives of the people in their states, and who better to speak for LGBTQ people than LGBTQ people?

Last night, several exciting races were called in favor of LGBTQ candidates, and since then there have been even more.

Here’s a look at who else won big in the midterms.

Zooey Zephyr has become the first out trans person ever elected to the Montana legislature.

Zephyr decided to run after testifying before the Montana legislature against an anti-trans sports bill.

“Tonight is a resounding win for Montana and for trans people across the country. From tackling the housing crisis to securing affordable health care, Zooey is ready to enact policy founded in equity and fairness. Montana, like so many other communities, has seen a deluge of transphobia and bigotry this year. Zooey courageously ran despite this divisiveness and her win is a deafening rebuke to hate. We are confident she will be a skilled, powerful legislator and an inspiration for trans people across the country.”

Incumbent Illinois state Sen. Mike Simmons (D) ran unopposed and was elected by his constituents for the first time. He served his first term when the previous occupant of his seat resigned and a committee voted for him to fill the seat.

At the time, he became the first person of color to represent his district and the first member of the LGBTQ community to serve in the Illinois State Senate. Now, he has officially been elected.

During his term, Simmons introduced and passed 16 pieces of legislation, all of which were signed into law.

He recently told LGBTQ Nation that among his proudest achievements is the Jett Hawkins Act, named for a four-year-old Black student in Chicago who was suspended from school for braiding his hair. Simmons successfully fought to make that illegal.

Simmons also called himself a “vigorous and progressive lawmaker” who feels like he is always campaigning.

“You’ve got to constantly be talking about your vision and your goals, right? And your values, and why you believe the things you do, and who’s behind you, right? And who in the community is impacted.” 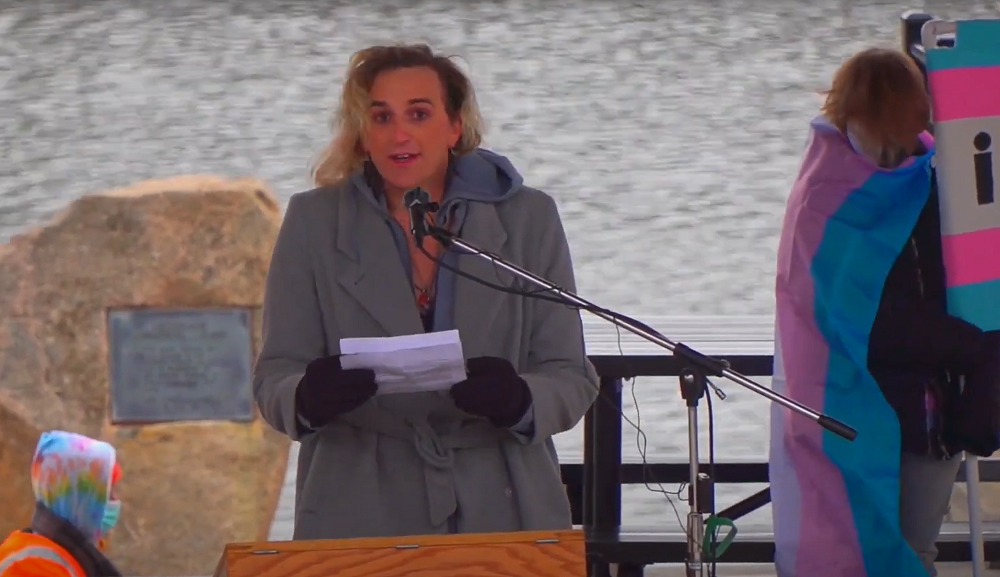 Leigh Finke (D) has become the first out trans person elected to the Minnesota state legislature.

Last year, Finke spoke at a rally for former Hastings, Minnesota school board chair Kelsey Waits, who faced harassment after her daughter Kit was outed as transgender.

“Kit’s trans identity was turned against their mother,” Finke said. “This is a despicable, vile act that must be condemned.”

“Take a look around,” she said. “This is what happens when trans kids are attacked. We show up. We show up and that’s not going to stop.”

In a statement, Parker of the Victory Fund exclaimed that Finke made history “because she is ready to disrupt the status quo and fight for real change on behalf of her community. From safeguarding abortion rights to addressing societal inequities, she has a vision for the future that voters are clearly enthusiastic about.”

“Her win is a clear and deafening rebuke to the transphobia currently sweeping our communities and her success will inspire other trans people to step up and run. When our rights are on the ballot, we cannot stay silent. Leigh proves we must continue running for office in record numbers because when we run, we win.”

Erin Maye Quade and Clare Oumou Verbeten have collectively become the first out LGBTQ and first Black women ever elected to the Minnesota state Senate.

A former member of the state house of representatives, Maye Quade is known for holding a 24-hour sit-in on the state house floor to protest a lack of action on gun violence.

She went viral this election cycle for making a convention speech while in labor. The moment launched a broader conversation about the way working pregnant people and parents should be treated.

Oumou Verbeten works for the city of St. Paul as an equity manager. She told the Sahan Journal that “It’s an honor to be able to step into… history. Doing that with my sisters is really important to me. We’re not alone and we’re going in there together.”

“Erin and Clare have the deep policy experience and grassroots support to be effective leaders in Saint Paul,” said Mayor Parker. “Voters were clearly excited by their vision for a more equitable and inclusive society. With relentless efforts to diminish our community’s political power, it’s never been more important to elect pro-equality, pro-choice leaders. Tonight, Minnesota voters delivered.”

A third Black candidate in the state, Zaynab Mohamed, also won her election last night. The trio are the first Black women elected to the state senate in its 164-year history.

Incumbent Tiara Mack has been reelected to the Rhode Island State Senate. In 2020, Mack became the first openly queer Black person ever to serve in the body.

“I am an unapologetically Black queer person,” Mack recently told LGBTQ Nation. “I am young. I am a fierce advocate for many social issues that many ‘quote unquote’ Dems won’t say loudly and proudly, or support loudly and proudly, like our trans community, abortion rights and access, formerly incarcerated and currently incarcerated people, advocating consistently for a $25 minimum wage, advocating for the ending of cash bail and the defunding of police so that we can reinvest in our communities.”

As a citizen-advocate, Mack spent several years working the corridors of power in the state house for reproductive rights, helping pass Rhode Island’s landmark Reproductive Privacy Act, which codified the federal protections of Roe v. Wade into state law three years ahead of the Supreme Court’s decision in Dobbs v. Jackson Women’s Health Organization overturning that ruling. That work inspired Mack to run for public office, and now she represents a district with the only two abortion clinics in the state.

Howell is the executive director of the advocacy group Montana Women Vote and decided to run for office after repeatedly lobbying for progressive policies.

Out bisexual democrat Annie Menz has become the first Latina elected to the Oklahoma House of Representatives.

A Navy veteran and single mother, Menz spent six years as a nonpartisan executive and legislative assistant at the State Capitol. She ran a campaign focused on advocating for working families.

“I am just a regular, working mom. I’m pinching pennies in this tight economy just like everyone else in my district,” she said in an interview with OU Daily.