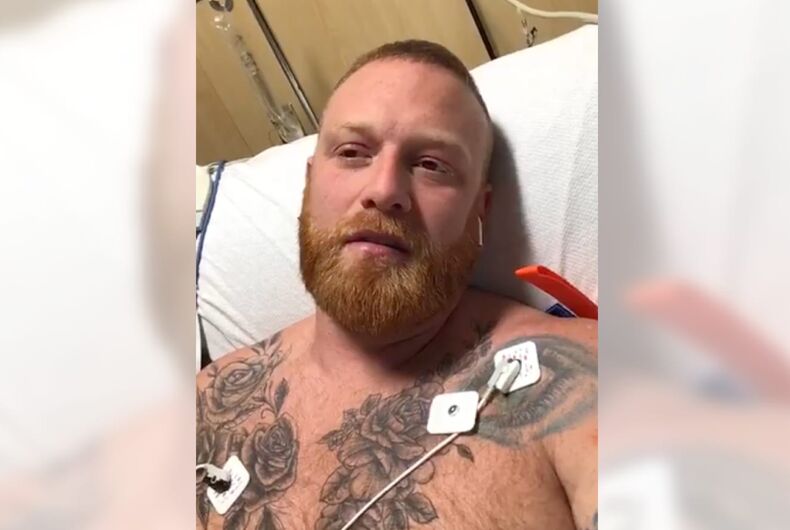 A survivor of the horrific mass shooting during a drag show at an LGBTQ nightclub in Colorado Springs has described how he managed to escape.

In a Facebook Live broadcast that has since been taken down, Barrett Hudson marvels at the fact that he survived the shooting that killed five people and injured 18 others on Saturday at Club Q.

The gunman, 22-year-old Anderson Lee Aldrich, allegedly entered the club and opened fire around midnight. In the video, Hudson claims the club had no security, according to The Daily Beast.

Hudson said he was shot as he tried to flee. He fell to the ground where he was shot again. He said he managed to run to the club’s back door and once outside, he said that he climbed a 12-foot barbed wire fence, leaped from a parking garage, and ultimately collapsed at a 7-Eleven about a quarter of a mile away. He said he remembers one of the people who gathered to help him count seven bullet holes in his back.

Hudson said he then called his father to tell him he loved him.

“I really feel for the people who didn’t make it,” Hudson said. “They’re the families that are getting phone calls, and I was fortunate enough to call my dad myself, even if it was one last time, to call and tell him bye… I’m very glad to be alive, and I cannot believe I’m alive.”

A screenshot from the video appears to show Hudson in a hospital bed, where he said he is doing “amazing,” as all seven bullets missed his organs.

According to The Colorado Sun, first responders treated a patient at a 7-Eleven near Club Q who had been shot seven times shortly after 12:15 a.m. on Sunday morning, partly confirming part of Hudson’s account.