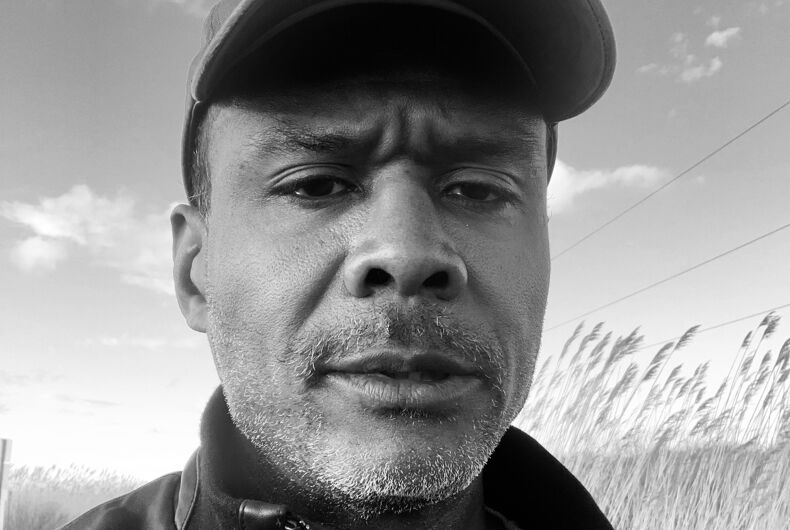 With year-end “best of” lists coming out fast and furious over the final weeks of 2022, there are more notable LGBTQ writers to choose from than ever before. The year provided a remarkably broad and diverse slate of authors conjuring novels, writing about history, making poetry, and sharing points of view neglected in the past by publishing’s traditional gatekeepers.

The Violet Quill, a group of seven gay male writers established in the early 1980s, was instrumental in centering gay themes in literature, inspiring later and diverse generations of authors to write about what they know and where they came from. The group didn’t stop there. The three surviving members, Andrew Halloran, Edmund White, and Felice Picano are all writing today. Halloran and White both released new work in 2022.

Those new books, along with three others from the Violet Quill generation, add to the gay literary canon of 2022, reflecting on age, impermanence, and the subjective quality of time. 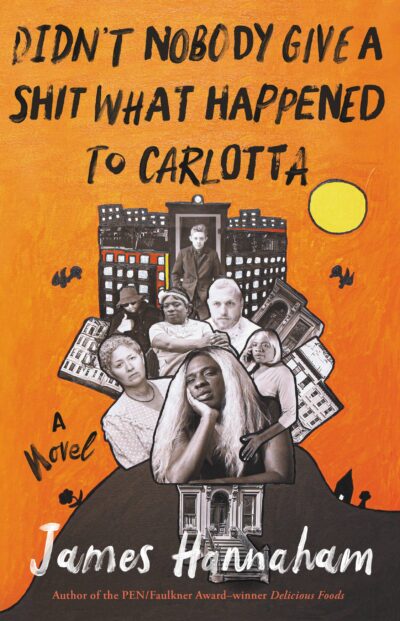 Hannaham, 54, is a visual artist as well as a writer. He studied art at Yale and creative writing at the Michener Center at the University of Texas. His debut novel from 2009, God Says No, was a Lambda Literary Award finalist, while his 2015 novel, Delicious Foods, won the PEN/Faulkner Award and Hurston/Wright Legacy Award. He lives in Brooklyn with his husband.

His latest work, the irreverent and heartbreaking Didn’t Nobody Give a Shit What Happened to Carlotta tells the story of the titular character, Carlotta Mercedes, over the course of a Fourth of July weekend in Brooklyn after she’s released from a men’s prison; 20 years earlier she’d gone into stir as a man.

As the years changed Carlotta, so too did the Brooklyn she once called home, where time is a prison all its own. “Carlotta remembered that people used the same term for coming home from prison and coming back from outer space,” Hannaham writes. “Re-entry.” 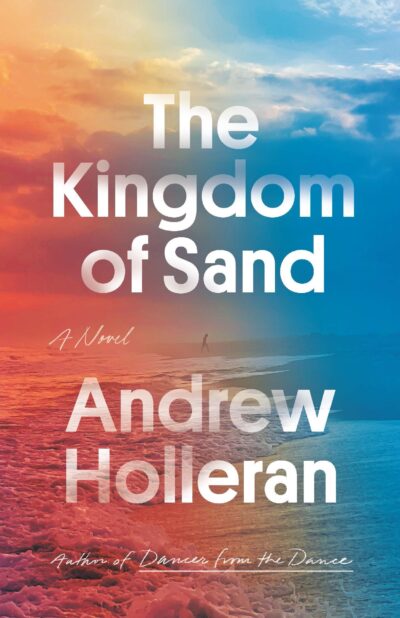 Holleran, 78, is a founding member of the Violet Quill and is best known for Dancer from the Dance, published in 1978. His debut novel achieved cult status for its depiction of halcyon days and nights in New York’s discos and on the beaches of Fire Island in the years between Stonewall and the AIDS epidemic.

His latest novel, Kingdom of Sand, is a bookend to that story of young, reckless beauty. Now, aging while gay is another kind of reverie, and time is not fleeting but stretched, seemingly endless, something to be studied and admired. Alone in a house by a lake in Florida, Holleran’s narrator observes: “Now the drought had gone on so long that something unexpected had happened: the dry lake bed had become more beautiful than the lake.”

Harvey Fierstein’s I Was Better Last Night: A Memoir 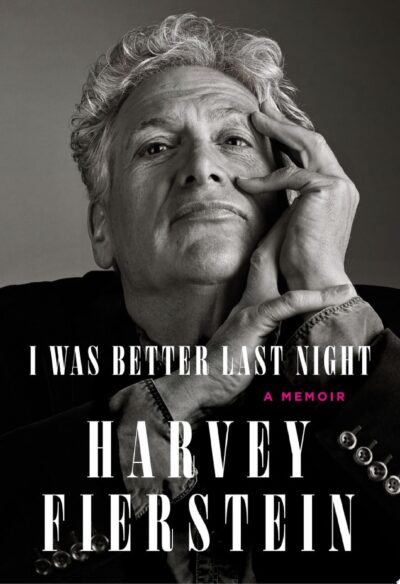 Every decade has a Harvey Fierstein cameo. Violet Quill member Felice Picano helped launch Fierstein’s writing career in 1979 when his Gay Presses of New York published Fierstein’s play, Torch Song Trilogy. The actor made a name for himself in the 1980s starring in the show on Broadway as well as the film version, which he also wrote. In the ’90s, Fierstein made Mrs. Doubtfire possible as Robin Williams’ prosthetics wiz and also made Jeff Goldblum possible as his tag-along mensch of a dad in Independence Day. In the 2000s, Fierstein sang and danced Divine’s character Edna Turnblad in the musical version of Hairspray on Broadway.

Stories of those productions and others — Fierstein wrote the book for the La Cage aux Folles on Broadway and had a cameo in Andy Warhol’s Pork at La Mama — fill his memoir, I Was Better Last Night, a meditation on the 70-year-old actor and writer’s place in the universe in general, and on Broadway and in Hollywood specifically. Of the latter, Fierstein never felt a good fit. Of the former, he was gobsmacked from the start by the smell of the grease paint and the roar of the crowd.

Torch Song came about because Fierstein found The Boys in the Band and A Taste of Honey, both gay breakthroughs in their time, burdened with self-loathing. His gay breakthrough would be written with joy. 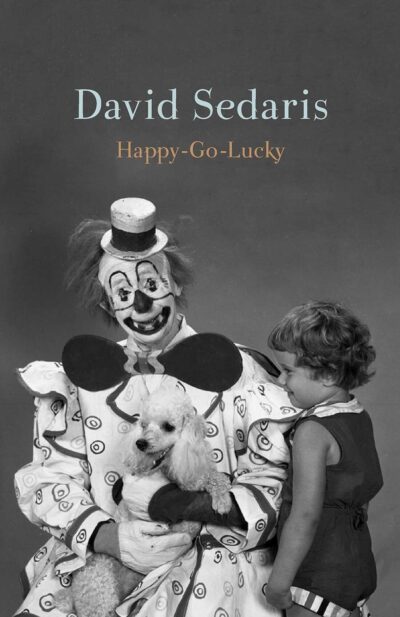 If you were lucky enough to discover David Sedaris in real time, when he read his Santaland Diaries on NPR in 1992, or you picked up his first collection of essays, Barrel Fever in 1994, or you were gifted Naked in 1997, then you’ve probably stuck with the acerbic and self-deprecating author – and you probably look forward to reading the latest installment of what’s become a long-running serial detailing his dysfunctional and perfectly normal American family, his longtime and forever boyfriend Hugh, his own quirks and foibles and sexual proclivities, his slashing wit, his despair, his compassion.

And of course his stories about everyone’s other favorite Sedaris, Amy.

The brother’s latest collection of essays, Happy-Go-Lucky, is just that. It follows an onslaught of output from the 65-year-old writer. He’s published seven books in the last five years alone, including two more essay collections, two diaries clocking in at 500 pages each, along with a visual compendium and an e-book.

Maybe it’s an age thing – he does confront the death of his father in Happy-Go-Lucky – but the author would probably protest it’s a little too on the nose, after all, before admitting it’s exactly that. 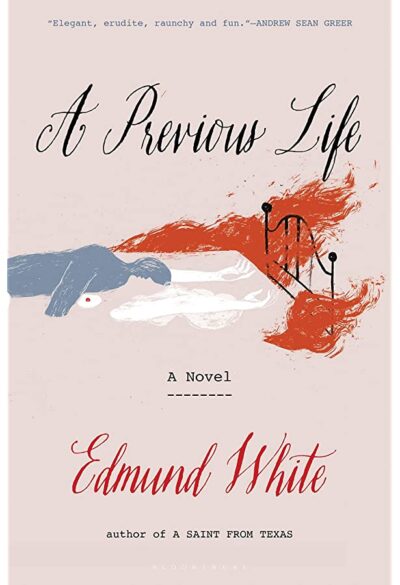 At 82, Edmund White is the éminence grise among gay literati. He’s best known for his 1977 gay clap-back to The Joy of Sex, The Joy of Gay Sex, written with Charles Silverstein, along with his trilogy of semi-autobiographical novels, A Boy’s Own Story, The Beautiful Room Is Empty, and The Farewell Symphony.

In the 1980s, while White was in residence in France, where he learned he was HIV-positive, he wrote the definitive biography of French writer Jean Genet. In 2019, he received the National Book Award’s Medal for Distinguished Contribution to American Letters.

Set primarily in 2050, A Previous Life flashes back and forward through a couple’s sexual histories, including a meta-meeting of the minds between one of the protagonists and an 80-year-old White himself, which ends with the author’s heart broken. The good news for the writer: the future also holds a biography of White.