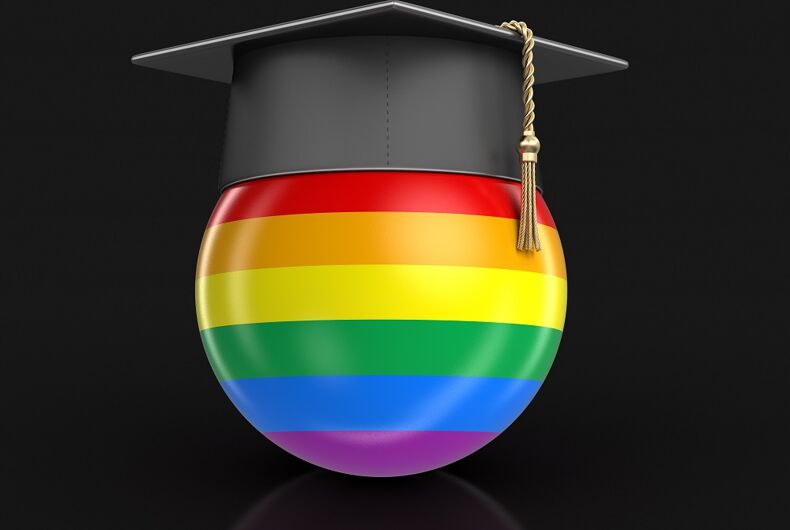 There are moments in history when conditions come together to create the impetus for great social change.

At Gene Compton’s Cafeteria, in what is known as the Tenderloin District in San Francisco, trans people and sex workers joined in fighting police harassment and oppression in August 1966.

And in 1969, LGBTQ people fought for their right to exist in the famed Stonewall Uprising in New York City’s Greenwich Village.

On the whole, the 1960s were a time of tumultuous change as growing numbers of people began to challenge basic assumptions concerning authority and relationships of power. Young activists challenged the serious inequities in the distribution of resources, the oppressive systemic structures plaguing our nation, the potentially irreversible attacks on the global environment, and the Vietnam War.

Out of the ashes of Compton’s Café and the Stonewall Inn came several militant groups organized primarily by young people in their teens and early twenties – and the development of lesbian and gay studies, as it was initially referred to, was inextricably connected with these political and social movements that took place both on and off campus.

“One of the signal achievements of the campus turmoil of the 1960s was the recognition that universities are not ivory towers where individuals engage in the disinterested, dispassionate, and detached pursuit of knowledge and truth,” wrote historian John D’Emilio in his book, Making trouble: Essays on gay history, politics, and the university. “Rather, universities are intimately connected to the society of which they are a part.”

As such, identity groups previously disenfranchised from curricular decision-making gained a certain ascendency during this era of instability.

D’Emilio coined the term “politics of knowledge” to refer to the intellectual climate, which people of color and women also reshaped within this moment of social upheaval, leading to the development of black studies, women’s studies, and other racial and ethnic studies programs.

By 1973, lesbian and gay caucuses had formed within academic organizations, and historical collections – like the the Lesbian Herstory Archives in NYC and the Bay Area Lesbian and Gay Historical Society – began to appear.

Sparked by what was known as the homophile movement of the 1950s and 1960s – as well as from the growing feminist movement, the first officially recognized college student group organized as the Student Homophile League at Columbia University in 1967 in New York City, followed closely by groups at MIT, Stanford, Cornell, and others.

Earlier in the 1920s, a group calling itself the “Oberlin Lesbian Society” had organized at Oberlin College. It was a women’s group devoted to writing poetry, as described by Lillian Faderman in Odd Girls and Twilight Lovers: A History of Lesbian Life in Twentieth-Century America. By the mid to late 1970s, approximately 1000 groups had emerged on campuses throughout the U.S.

By 1972, student campus groups had organized regional and national conferences around issues of sexuality and gender. In addition, individual organizations sponsored smaller subgroups generally referred to as “consciousness-raising” to discuss issues of “coming out” and internalized oppression. The consciousness-raising groups usually did not have a leader or trained psychotherapist and were based solely on the input of each participant.

In addition to the nationwide rise of these campus organizations, other firsts included an out student body president, Jack Baker, in 1970 at the University of Minnesota. And in 1971, the University of Michigan was one of the first institutions to hire counselors (Cynthia Gair and Jim Toy) specializing in serving the needs of LGBTQ students.

Following an emotional and heated battle, Columbia University set aside the first dormitory lounge for LGBTQ students in 1971. In 1973, the first LGBTQ college faculty group (the Gay Academic Union) formed in New York City. The group organized its first conference the same year, drawing over 300 participants.

Dr. Ronni Sanlo – a Jewish lesbian who could not attend her children’s graduation due to a homophobic lawsuit filed by her ex-husband – organized the first Lavender Graduation ceremony in 1995 at the University of Michigan to honor LGBTQ students. That first ceremony included 3 graduates, and now, Lavendar Graduations are held at colleges and universities across the country.

One of the first nationally focused organizations to serve the needs of LGBTQ students was the National Gay Student Center (NGSC), a project of the National Student Association in Washington, DC founded in 1971.

By the 1990s, publishing houses were releasing increasing numbers of works in LGBTQ studies, such as the anthology, The Lesbian and Gay Studies Reader. LGBTQ academic journals also became established, including the preeminent Journal of Homosexuality in 1976, based at San Francisco State University under the editorship of John DeCecco.

One of the first undergraduate university courses on LGBTQ studies took place at the University of California, Berkeley in the spring of 1970, followed soon by similar courses at Southern Illinois University, Edwardsville and the University of Nebraska, Lincoln.

The first full university program in gay and lesbian studies was founded at the City College of San Francisco in 1986. In 1989, the school established what it says was the first Gay and Lesbian Studies department in the country.

A significant component of the emergence of “queer nationalism” throughout the 1980s and 1990s was academic scholarship that has channeled major theoretical labor into issues of identity, sexuality, and corporeality on college and university campuses.

What has come to be referred to as “Queer Theory,” “Gender Theory,” and “Queer Studies,” with such notable writers as Michel Foucault, Judith Butler, and Eve Kosovsky Sedgwick, among many others, has since had enormous impact in the “academy.”

Queer theory is founded on the notion that “identities” are not fixed and are instead socially rather than biologically determined. Queer theorists insist that identities comprise many and varied elements, and that it is inaccurate and misleading to collectively categorize people based on only one element.

In the late 1990s, Hobart and William Smith Colleges in upstate New York were among the first to offer a full major in LGBTQ Studies. These days, several LGBTQ  studies programs are being incorporated into broader Women and Gender Studies programs across the U.S.