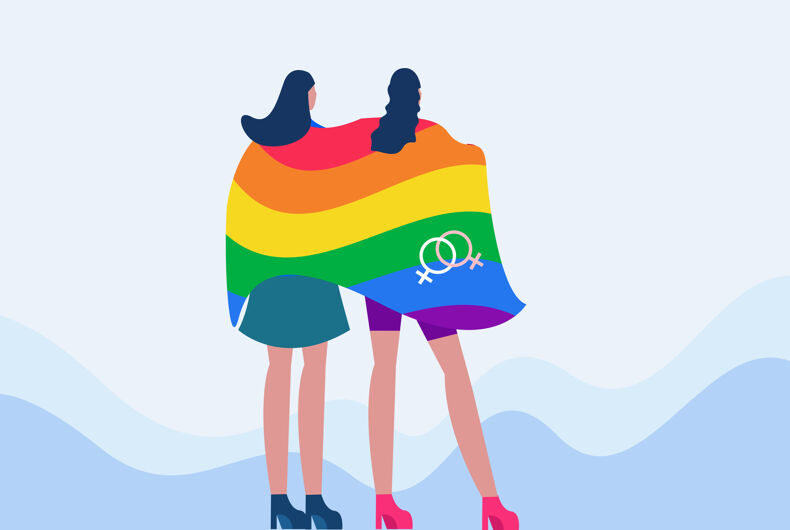 A legal loophole has led a slew of LGBTQ couples from China – where same-sex marriage is not recognized – to get legally married in Provo, Utah.

Two laws in the state have converged to make this possible. Number one: the state of Utah does not have residency or citizenship requirements for marriage licenses. Number two: Utah County, where the city of Provo is located, allows international marriages online.

Approximately 200 Chinese couples have taken advantage of this so far, according to the nonprofit Rest of World. Their marriages are still not recognized in China, but it allows them some semblance of a legal union.

Some have made a fanfare of the online ceremonies, with balloons and drinks and other guests logging in to watch. Others have kept it more low-key and private.

Michael Foley is a marriage officiant in Utah who often wakes at 3 a.m. to log into Zoom and officiate these weddings.

“It shines through, that sense of ‘this is finally happening,’” said Foley to the Guardian. “That this is a long time coming, that they’ve finally found a way to do it.”

“It just makes me happy,” he added. “That’s the stuff that makes me get up at three o’clock in the morning to do it.”

Shin is one such person who married her girlfriend on Zoom from abroad. She said she discovered the possibility on social media.

LGBTQ people in China have reportedly spread the word about these weddings using euphemisms, referring to couples as “best friends,” for example, as the anti-LGBTQ Chinese government has been cracking down on LGBTQ spaces and events and has been censoring LGBTQ media.

But Chinese society, Shin said, has evolved faster than the government.

“The internet lets people know there are so many countries where same-sex marriage is legal. Many people in my generation and Gen Z are supportive, and older people are talking about how they’re OK if their kids or friends are gay.”

The cost of a Zoom wedding for international couples is about $100, far less than it would cost for them to travel overseas for an in-person wedding.

The irony of this all taking place in Utah has been recognized by many. 72% of people in the state are members of the Mormon church, which is against same-sex marriage. Provo is also the home of the anti-LGBTQ Mormon university, Brigham Young University.

BYU has a long history of supporting ex-gay therapy and anti-LGBTQ scholarship. In 2011, the school’s Honor Code included a prohibition on homosexual advocacy, defined as “seeking to influence others to engage in homosexual behavior or promoting homosexual relations as being morally acceptable.” The prohibition sounds similar to Russia’s law forbidding all “homosexual propaganda.” The school also recently threatened to arrest any students who protest the school’s anti-LGBTQ policies

Nevertheless, Utah, it seems, remains a beacon for those abroad.