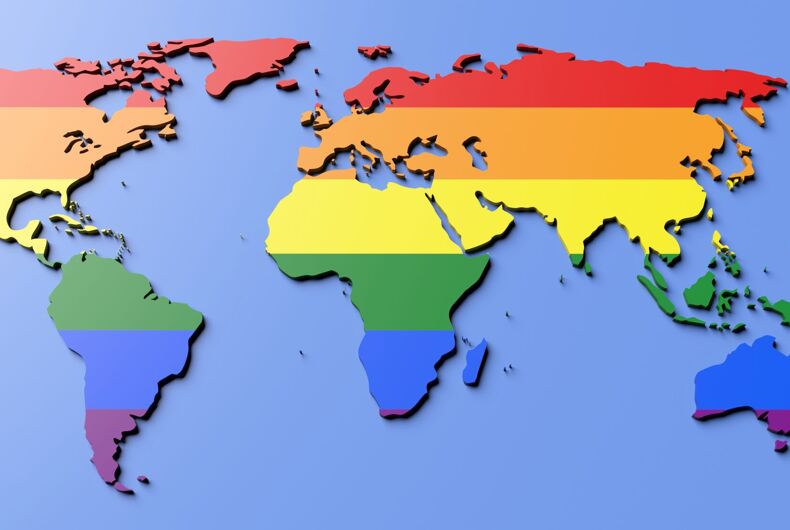 Nearly thirty years after I founded what was originally called Lesbian and Gay History Month, I thought my history-related activism days were behind me.

Lesbian and Gay History Month had evolved into LGBTQ History Month and had earned a place in the constellation of our community’s events – and even had nudged its way into mainstream recognition.

Other than a few speaking engagements each October, I wasn’t much involved in the project. Professional retirement seemed to be just around the corner.

But in the fall of last year, one day after the end of the USA’s LGBTQ History Month, I happened upon an article in an Italian-language online newspaper. It was about a group of firebrand historians and community activists who, in September 2021 at the Florence Queer Festival, had announced they were bringing LGBTQ History Month to Italy in April 2022.

History Month Italia would be the first in southern Europe. Thanks to Google and social media, within an hour I had the email addresses of everyone referenced in the article, and I had fired off an excited, congratulatory note.

That was all my email was meant to be – a note of congratulations to the organizing committee of History Month Italia. But it became the start of a conversation between the Italian team and me out of which emerged the idea of forming a transnational organization of representatives from all existing and hoped-for LGBTQ History Month projects around the world.

Our committee is one of academics, historians, archivists, and community activists. All of us believe in the power of history to inform and inspire, to warn and teach, and to provide wisdom and energy for the hard work of community building and securing human rights and academic freedom.

Working with the Cuban organizers inspired all of us. Witnessing lectures and seminars and film series take place across the Caribbean island in May buoyed our spirits and our expectations about what our committee can do.

Two of the Cuba project organizers, Raúl Pérez Monzón and Juan Carlos Gutiérrez Pérez, are now on our international committee and they have pledged to meet with representatives from any of the nearly two dozen Spanish-speaking nations in Latin America who would like to bring History Month to their country.

We want to be active in the world, helping wherever we can and taking concrete action when necessary. In September, for example, at the urging of committee member Bill Schiller of Sweden, we wrote a letter to every member of the board of education of the Miami-Dade County Public Schools, with this introductory paragraph:

The LGBTQ+ community is an international one, transcending all borders. Members of that community are found in every nation. What happens in one location, therefore, affects the worldwide community. We, therefore, members of the International Committee on LGBTQ+ History Months are writing to encourage the Board to do the right thing again this year by passing the same resolution it passed last year naming October as LGBTQ+ History Month in the Miami-Dade County Public Schools.

Still, we found a place where inserting our voice made sense and we let our voice be heard. We’ll continue to take similar actions, tiny and large, when it seems right to do so.

One of our committee members, the Australian historian Graham Willett, has suggested that we are living in “a queer moment” – a surge of interest in LGBTQ history and heightened awareness about the stories of LGBTQ individuals.

Perhaps it’s social media, perhaps it’s something else. But it seems that this is a unique time in our movement. The resurgence of opposition, in fact, is evidence that we’re making great gains. The recent pushback against inclusive education is precisely among the reasons an organization like ours is needed.

Our committee plans to make good use of our opportunities. We will advocate for inclusive history instruction. We will support existing History Month efforts and we will help other projects that wish to establish their own national History Month.

LGBTQ History Month is about remembering the individuals and deeds, the happiness and heartache, and the advances and retreats of days that preceded our own. Our committee feels an obligation to advance worldwide efforts to recover and record LGBTQ memories and events and to make that history accessible to all students and to the general public.

History often rhymes, they say, and our committee is always listening.

Rodney Wilson is the first openly gay public schoolteacher in Missouri and the founder of LGBTQ History Month USA. He holds two graduate degrees – in history and in religion. This is his 33rd school year as an educator, currently teaching American history and world religion at a community college in Missouri. He’s the subject of a 2019 documentary-short called Taboo Teaching, which can be viewed here.