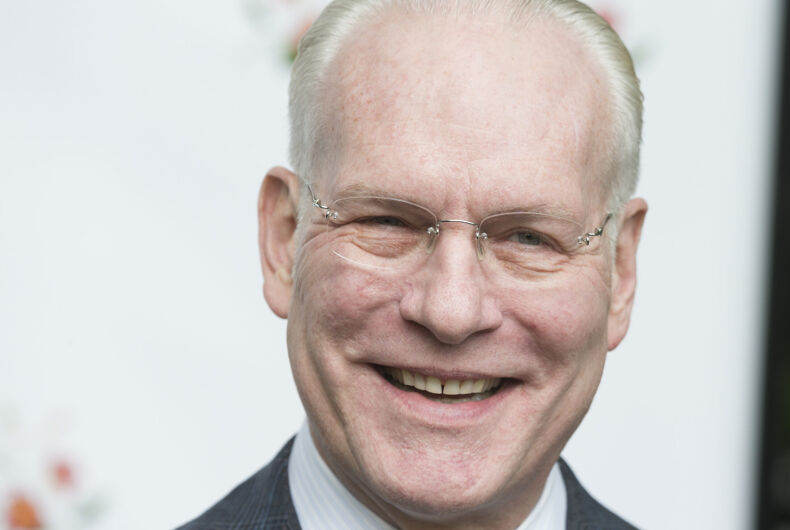 Happy Ace Week! October 23–29 marks the annual international campaign to raise awareness and understanding of asexuality and people who are asexual or identify on the asexual spectrum.

As anyone with a marginalized identity is well aware, representation is crucial to forming an understanding and acceptance of who you are. AceWeek.org, the official hub for the annual event founded in 2010, notes that “Ace identities are often overlooked or misunderstood, and many aces still grow up not realizing that asexuality is an option.”

But there are definitely famous folks out there who have spoken publicly about asexuality, aromanticism, and their experiences of the spectrum of attraction or lack thereof encompassed by the ace umbrella. So today, we’re spotlighting some of the boldface names who have, in one way or another, put a face to ace!

On a 2019 episode of the podcast Dyking Out, the comedian discussed her sexuality, expressing uncertainty whether she was even “allowed” to identify as asexual.

“The reason I say I’m asexual is my libido has always been incredibly low,” Garofalo explained. “I never have been particularly driven by sex… I could take it or leave it.”

During her conversation with hosts Carolyn Bergier and Melody Kamali, Garofalo grapples with the distinction between finding people attractive and actually wanting to have sex with them, as well as the experience of being in a relationship as someone with low sexual desire, highlighting the shades of gray that make up asexuality.

He talked about being in a serious relationship with another man in his 20s, but admitted, “I’ve always been kind of asexual.”

Gunn said that he has not been in a relationship since 1982, and in his 2011 book Gunn’s Golden Rules: Life’s Little Lessons for Making It Work, he again confirmed his asexuality. “For many years,” he writes, “I described myself as asexual, and I still think that’s closest to the truth.”

The British model came out as asexual in a 2017 YouTube video, “Things Asexual Girls Don’t Like to Hear,” and has since become an outspoken activist promoting visibility for and destigmatization of the ace community. She identifies as both asexual and aromantic and has appeared in documentaries and partnered with major corporations to launch asexual Pride events.

In a recent essay for Glamour UK, she wrote that when she didn’t express sexual desire as a teen, people questioned her physical and mental health. “When everybody keeps telling you there must be something wrong with you, after a while, you start to wonder if they’re right,” Benoit wrote.

She also tackled the particular challenges of being a Black asexual woman: “Women like me will continue to be dismissed as unlovable, ugly, frigid, and boring. This is especially true for Black women, who are so hypersexualised, that to be a Black asexual woman seems entirely contradictory to people.”

Since embracing her identity, however, Benoit writes, “I live a perfectly happy and fulfilled life as a Black asexual, aromantic woman. I don’t need a partner to complete me – I’m complete just the way I am. That’s why I use my platform to fight against asexuality stigma, dispel myths and help empower the ace community.”

When asked about being one of the best-known asexual celebrities in the world in a 2013 interview, the comedian summed her experience up pretty succinctly: “Well, it is hard to say a lot more about being asexual. I don’t like sex. Therefore, I don’t have sex. It frees up time, but that’s not by design, it’s just a bonus.”

Speaking about her approach to comedy in 2014, Poundstone said that, “I don’t talk about sex a lot because I don’t actually have sex, and my act is largely autobiographical.”

She described sex as work that she’s just not interested in doing. “The idea that I’d go to my room after everything else I go through in a day and that there’d be someone in my room that might expect something like that from me – I just can’t even,” she told Pride Source. “I did some experimenting early on, enough to know I’m right.”

In 2001, activist David Jay founded the Asexual Visibility and Education Network (AVEN), which has grown into a major online community for people who identify on the ace spectrum and turned its founder into a leading voice for ace visibility.

“The important thing to understand about our community is that we have the same desire for connection as everyone else,” Jay explained in a speech at the 2015 Ideacity Conference. “We just don’t have a desire to express that connection sexually. And there’s a whole community of us out there.”

Get to know out Michigan Attorney General Dana Nessel