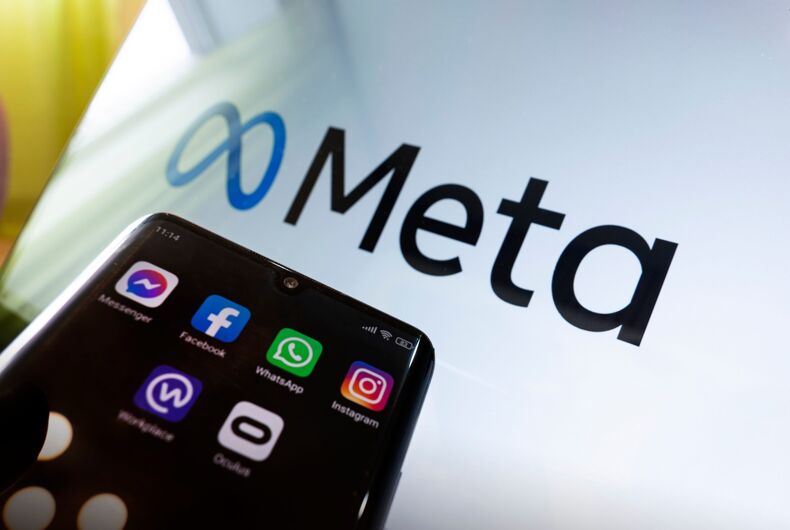 Meta, the parent company of Facebook and Instagram, said its policies prohibit any reference to LGBTQ people being “groomers,” a term for would-be child rapists that conservatives have applied to LGBTQ people and allies – especially teachers and doctors – this past year.

The slur has increasingly been used by conservatives to oppose LGBTQ content in schools and gender-affirming care for transgender youth, leading to an increase in threats and harassment.

However, Facebook has continued to make money from at least 150 ads using the slur, even though the media watchdog group Media Matters alerted Meta to the issue. These ads have been seen over one million times, Media Matters reported.

One ad, purchased by the conservative student group Turning Point USA featured a tweet from conservative pundit Candace Owen stating that she has “no patience for this child groomer movement.” The ad read, “Protect your kids.”

Another ad from The Dallas Express, one site of many in a right-wing propaganda network, purchased an ad referring to the anti-trans group “Gays Against Groomers” as an “an organization against the sexualization, indoctrination, and medicalization of children.”

Yet another ad by Republican Illinois state senate candidate Philip Nagel featured him stating that he is “fed up and pissed off with the sick perversion that is being pushed on our children” by “a political class full of pedophiles and groomers.”

“Those are just empty words when we see them turn a blind eye to the anti-LGBTQ rhetoric on their platform,” Gogarty said. “It’s really just another instance of Meta putting profit and engagement over the safety of its users.”

New monkeypox cases have declined by 85% since August peak. Here’s why.