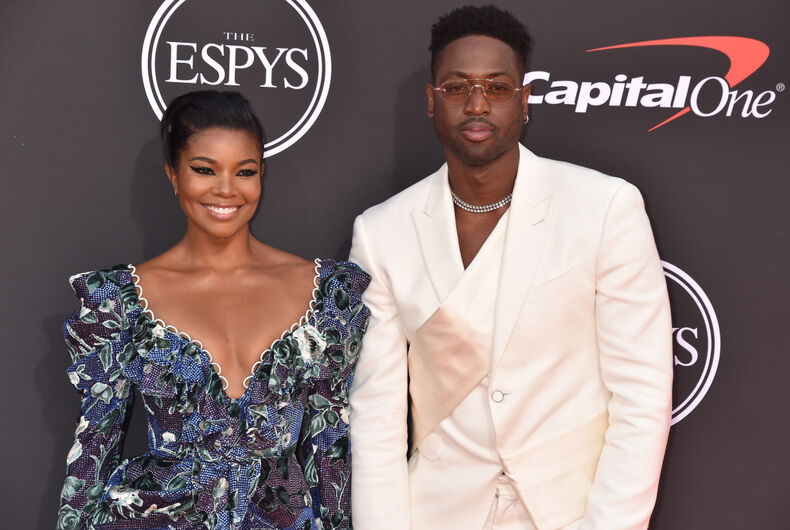 Dwyane Wade opened up on Friday about why his family decided to turn off the comments on his trans daughter Zaya’s Instagram account.

In an interview with the Today show, the former NBA star it was a matter of protecting the 15 year-old’s mental health. Wade said the family wanted to leave “the hate out of it.”

Zaya came out three years ago as trans. Now that she has her own popular Instagram account, Wade said she’s vulnerable to the effects of being a public figure on the popular social platform.

“Well, we have a 20-year-old, Zaire, who went through it a few years before Zaya, of jumping on social media and all of the negativity that comes with social media and the comments,” Wade said.

“And so we went through it once and we saw how it affected him.”

For his daughter Zaya, Wade said, it’s “a whole different conversation… going on in the world and it’s way uglier.”

“Zaire’s conversation was about sports,” explained Wade. “Zaya’s is about what a lot of people don’t even understand and get.”

Wade told her it was important to make those choices about who she was interacting with to protect her own mental health. Part of that was disabling the “noise” that comments could bring.

“And so that’s the people we wanted to follow her journey and follow her life. And so that’s what we did and we left the hate out of it. There’s enough of that in the world. She gets enough of it. We didn’t want it to be on her comments so she can read it.”

Wade and wife Gabrielle Union have been vocal in their support of Zaya’s transition since she came out at age 12. This year, Wade petitioned a Los Angeles court to change their daughter’s name.

As the daughter of public figures, Zaya has already been attacked by anti-LGBTQ extremists, even before her Instagram was a concern. In 2021, Zaya was the subject of a far-right rant by notorious Black Trump supporter Candace Owens.

“We know what we are in this world,” said Wade. “Mental health is a very – this is an important topic in this world. It’s very important for us as parents to protect the health of our kids, both physically and mentally, so we wanted to do that.”

Out Dem. Rafael Mandelman is running to keep the seat Harvey Milk once held