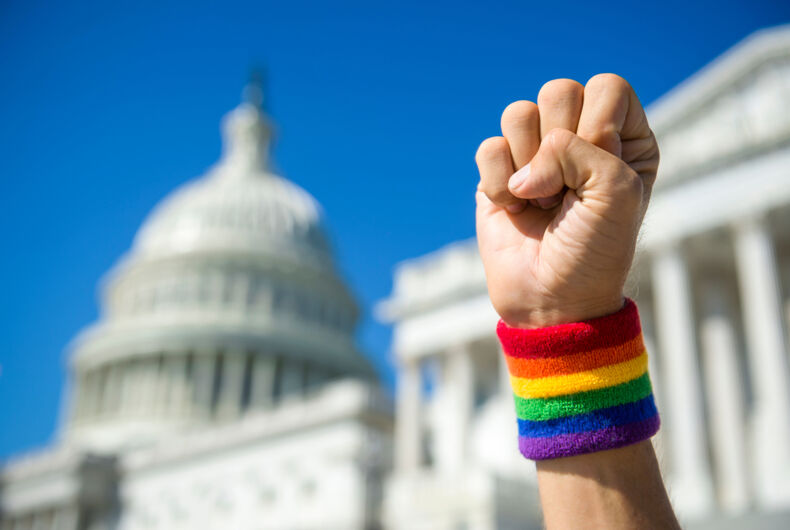 These LGBTQ people who were appointed or elected to their positions went above and beyond expectations this year, bringing the LGBTQ community to the table in some of the highest offices in the country and to ever important local elected offices.

This year’s nominees for LGBTQ Nation’s 2022 Political Hero are Assistant Secretary for Health Admiral Rachel Levine, who became the first out transgender four-star admiral and spoke out for trans health care access; Michigan Attorney General Dana Nessel, who scored a major win for LGBTQ protections in her state and stood up to Don’t Say Gay; California state Rep. Scott Wiener, who helped martial several pieces of pro-LGBTQ legislation through the legislature; Secretary of Transportation Pete Buttigieg, who went full gay dad and stood up for the rights of the kids of LGBTQ people to speak about their families in schools; and Urbandale, Iowa School Board member Daniel Gutmann, who stood up to a candidate backed by the anti-LGBTQ organization Moms for Liberty and won.

These five LGBTQ people were elected or appointed to serve, and did so with distinction. Vote now for LGBTQ Nation’s 2022 Political Hero.

Assistant Secretary for Health Rachel Levine became a four-star admiral last year, a title fitting for the head of the U.S. Public Health Service Commissioned Corps and the first transgender person to attain that rank.

For Levine, another part of her job is addressing health disparities in the U.S., with LGBTQ youth a top priority.

In an op-ed in July, Levine cautioned that leaders exploiting a vulnerable population for political gain could produce devastating results, fighting back against the tide of legislation across the country attacking transgender health care access.

“As the assistant secretary for health, I urge everyone — especially those who see trans people like the youth I’ve met as easy political targets — to base medical decisions and public pronouncements on real data and human compassion rather than slander and stigmatization. The mental health of a generation of young trans Americans depends on it.”

In July, Michigan’s Supreme Court ruled that employers, landlords, and others in the state can’t discriminate based on sexual orientation or gender identity, a major victory for the LGBTQ community. And it was due in big part to Michigan Attorney General Dana Nessel, who argued the case before the court in March.

“Our residents deserve to live in a state that recognizes the value of diversity and rejects the notion that our own civil rights law could be used as a tool of discrimination. This ruling is not only a victory for the LGBTQ+ community, but for all Michigan residents, and one that’s long overdue,” Nessel said.

Recently she blasted Republicans who’ve sought to criminalize kids’ attendance at drag shows, calling it a “not a problem” and a needlessly divisive wedge issue: “[You] know what is not a problem for kids who are seeking a good education? Drag queens.”

It was classic dragging, and Nessel’s not afraid to use her platform as the state’s top law enforcement officer to call out injustice where she sees it.

This past summer, she was one of 16 state attorneys general to sign a court brief opposing Florida’s Don’t Say Gay law.

The gay California state senator got a “walking while trans” law repealed, and more.

California State Sen. Scott Weiner is on a roll.

In July, Gov. Gavin Newsom (D) signed the Safer Streets for All Act, authored and introduced by Wiener last year, which eliminates a provision of state law that prohibited “loitering in a public place” for the purpose of sex work, referred to as “walking while trans.”

And in March, Weiner introduced legislation that would block out-of-state efforts to prosecute individuals who help trans youth access gender-affirming care in California, which passed the state senate in May and the state assembly last month. Lawmakers in 19 other states are working to establish safe harbors with legislation modeled on Wiener’s proposal.

“We’re sick of just playing defense against what these red states are doing,” Wiener said about his latest bill. “We’re going on offense, we’re going to protect LGBTQ kids and their families, and we’re going to build a rainbow wall to protect our community.” 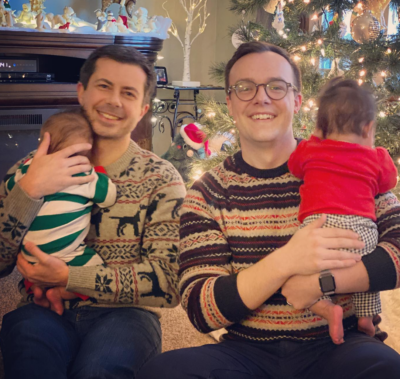 The Buttigieg family grew by two last year. The couple teased in August they were expecting and broke out the snapshots in September.

The two gay dads were beaming.

Chasten and I are beyond thankful for all the kind wishes since first sharing the news that we’re becoming parents. We are delighted to welcome Penelope Rose and Joseph August Buttigieg to our family. pic.twitter.com/kS89gb11Ax

Fatherhood only added to Buttigieg’s already expert command of the issues facing the LGBTQ community. On the subject of Don’t Say Gay in Florida, Buttigieg went full gay dad when CNN asked if it was dangerous.

While rightwing politicians and pundits mocked him for being a gay dad, Buttigieg stood up for his dignity. He nailed Sen. Marco Rubio (R-FL), who called protections for same-sex marriage rights a “stupid waste of time.”

“If [Rubio’s] got time to fight against Disney, I don’t know why he wouldn’t have time to help safeguard marriages like mine. Look, this is really, really important to a lot of people. It’s certainly important to me,” Buttigieg said on CNN’s State of the Union this weekend.

Buttigieg also found time to send a letter of support to a gay teen activist.

When a seat on the Urbandale School Board in Iowa opened unexpectedly last March, elementary school teacher Daniel Gutmann was in.

The election would be a clear choice between the out gay teacher and his Republican opponent, a social conservative backed by the anti-LGBTQ organization Moms for Liberty.

His strategy was to reach voters by emphasizing his commitment to issues he felt people agreed on: children should be safe in schools, public money should support schools that are open to everyone, and library materials shouldn’t be censored.

As his campaign released policies, Gutmann noticed more people in his comment section on Facebook trying to provoke arguments.

“It became apparent that they were going to use some of those tactics of trolling people’s social media to try and distract them,” he said.

Despite the incendiary baiting, Gutmann was steadfast, knowing that voters “are ready to really move on and find agreement and consensus.”

Gutmann won his special election in July by 12 points.

“We absolutely need to confront this kind of, you know, division and the negativity and the falsehoods and hate,” he said. “But we just have to do it in a way that, you know, we’d be comfortable with our grandmother listening to the conversation, or one of our favorite schoolteachers.”