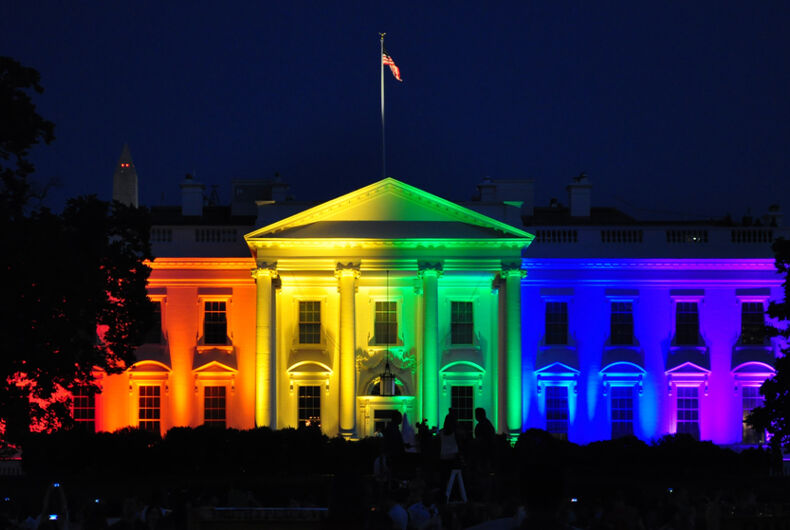 If you’re in the US, you likely believe that LGBTQ rights are pretty well-protected. After all, it’s been a few years since same-sex marriage became legal nationwide.

But when you compare the US to other countries around the world, it’s clear that we still have a lot of progress to make. In many places, being openly gay can get you arrested or even killed, and there is little protection from discrimination.

In many parts of the world, simply being queer or engaging in queer behavior – such as holding hands, kissing, or having intimate relationships with same-sex partners – is illegal. In a handful of countries, like Saudi Arabia, Iran, and Somalia, “homosexual activity” is considered a capital offense.

Though 62% of Americans say they’re satisfied with the acceptance of gay and lesbian people in the country, it wasn’t too long ago that LGBTQ Americans lived a totally different reality.

Before Illinois became the first US state to strike down its sodomy laws in 1962, same-sex relations were punishable by fines or imprisonment of up to 10 years all across America. Throughout the 60s and 70s, as the gay rights movement started to build momentum, 17 more states joined Illinois and repealed their sodomy laws.

It wasn’t until 2003 that the US Supreme Court made a landmark decision (Lawrence v. Texas) to rule sodomy laws unconstitutional, making same-sex sexual relations legal across the US.

Homosexuality remains illegal in at least 69 countries. A report by Human Rights Watch shows that these countries are largely found in Africa and the Middle East.

Attitudes are slowly shifting in some countries, though. Angola, Botswana, and Mozambique, among others, have all decriminalized homosexuality and same-sex relations in recent years. However, other countries, like Nigeria, Uganda, and Kenya, have tightened or maintained their anti-homosexuality laws.

Many former British colonies also prohibit sodomy to this day, despite Britain’s decriminalization of same-sex relations in 1967. According to the Human Rights Watch, the criminalization of sodomy is “one of the legal legacies of British colonialism”. It was first introduced to India in 1860 as section 377 of the Indian Penal Code and was thereafter enforced throughout the Empire.

Of the 53 remaining countries in the Commonwealth, at least 36 still maintain their sodomy laws. In 2022, Singapore’s high court dismissed an appeal to deem their anti-gay laws unconstitutional.

Being trans and non-binary in a society that imposes a strict, binary, and essentialist view of gender is tough, to say the least. Add the dismal media representation and limited legal protections that they have and you begin to understand why transgender people face such high risks of violent victimization, mental health issues, poverty, homelessness, and substance abuse – so much more than their cisgender counterparts.

Technically, it isn’t illegal to be trans or non-binary in the US. However, transgender rights and protections vary from jurisdiction to jurisdiction.

Some landmark cases have been considered major wins for trans rights in the past 50 years, starting with Minneapolis. In 1975, it became the first US city to pass trans-inclusive civil rights protection legislation. The following year, in M.T. v. J.T., the Superior Court of New Jersey ruled that trans people have the right to marry on the basis of their gender identity.

In the 2010s, President Obama set forth key directives for trans rights:

But while transgender and non-binary Americans enjoy far more rights and opportunities than ever before, they also live in fear that what little gains they’ve had will continue to erode as conservative groups push their anti-trans agendas.

The Trump administration introduced a policy effectively banning transgender people from openly serving in the military. This was later repealed by incumbent President Joe Biden.

However, in 2021, legislators introduced a record number of bills limiting trans rights in the United States, including executive orders to limit trans women from participating in women’s sports and laws banning transgender youth from accessing gender-affirming healthcare such as puberty blockers and hormones.

According to the World Economic Forum, Western Europe “leads the way in transgender rights”, with the majority of nations allowing trans people to determine their legal gender at 18. However, over 20 countries still require trans people to undergo medical transitioning – including sterilization – to have their gender identity legally recognized. Less than half of Europe provides legal protections from discrimination and transphobic violence.

The state of trans rights outside of Europe is even more concerning. Countries like Oman, Kuwait, Malaysia, and Nigeria have bans on “passing as” a different sex. Other nations, such as South Sudan and the United Arab Emirates, prohibit men exclusively from “dressing as women” and entering women-only spaces while “posing as women”, respectively.

Only a handful of countries allow trans people to serve openly in the military, including the Netherlands (which paved the way in 1974), Canada, Bolivia, Australia, Norway, Sweden, Finland, and Germany, to name a few. Most recently, Thailand became the first Asian nation to allow transgender people to serve but only in administrative positions.

In many countries, the right to marry is considered a fundamental human right – one that should be afforded to all people regardless of their sexual orientation and gender identity. However, that isn’t the case around the world.

In 2004, Massachusetts became the first US state to legalize same-sex marriage. In the following years, the states of New Hampshire, Vermont, Connecticut, and Iowa, as well as Washington D.C. struck down their prohibitions on same-sex marriage.

California’s battle for marriage equality was famously won after Prop 8 – a ballot initiative that amended the state constitution to define marriage between a man and a woman only – was ruled unconstitutional by the US Supreme Court.

This set the precedent for a landmark case that brought full marriage equality in all 50 states. In Obergefell v. Hodges, the Supreme Court granted same-sex couples across the US “equal dignity in the eyes of the law.”

“No union is more profound than marriage, for it embodies the highest ideals of love, fidelity, devotion, sacrifice, and family,” wrote Justice Anthony Kennedy, one of the presiding judges of the case.

In July 2022, following the SCOTUS’ decision to overturn Roe v. Wade, essentially banning abortions nationwide, the House of Representatives passed a bill to codify the right to same-sex marriage.

Today, over 30 countries have legalized same-sex marriage, with the Netherlands becoming the first to do so in 2001. These countries are largely found in the West. The most recent countries to legalize same-sex marriage include Slovenia (July 2022), Chile (December 2021), and Switzerland (September 2021).

Throughout Africa and Asia (with the exception of South Africa and Taiwan) and most of Eastern Europe, same-sex marriage remains illegal. Meanwhile, countries like Greece, Italy, and Peru recognize civil unions.

The Human Rights Campaign lists the following countries as “places to watch for marriage equality in 2022”: Andorra, Cuba, the Czech Republic, India, Japan, Thailand, and the Philippines. However, advocates in the Philippines have doubts that same-sex marriage will be legalized in the next few years considering its largely devout Catholic population, absence of divorce laws, and the languishing of its anti-discrimination bill (also known as the SOGIE Equality Bill) in the Senate for over 20 years.

Despite the growing acceptance of same-sex marriage around the world, only a handful of countries have enacted laws that protect LGBTQ people from discrimination.

Though various states have laws protecting LGBTQ people from discrimination in areas like housing, workplace discrimination, education, public accommodations, and healthcare, there is currently no federal law that bans discrimination based on sexual orientation and gender identity on the national level.

According to the Center for American Progress, the proposed Equality Act, which has now passed the House of Representatives, will help to “expand federal civil rights laws to protect LGBTQ people from discrimination in employment, housing, credit, jury service, and federally funded programs, such as those for health and education, as well as public places and spaces.”

Despite the progress that has been made, there is still a lot of work to be done to fully protect LGBTQ rights around the world. We need to continue working together to fight for equality and acceptance for all people, regardless of their sexual orientation or gender identity.

Related: Republicans are petitioning to force the House to vote on a federal anti-transgender bill