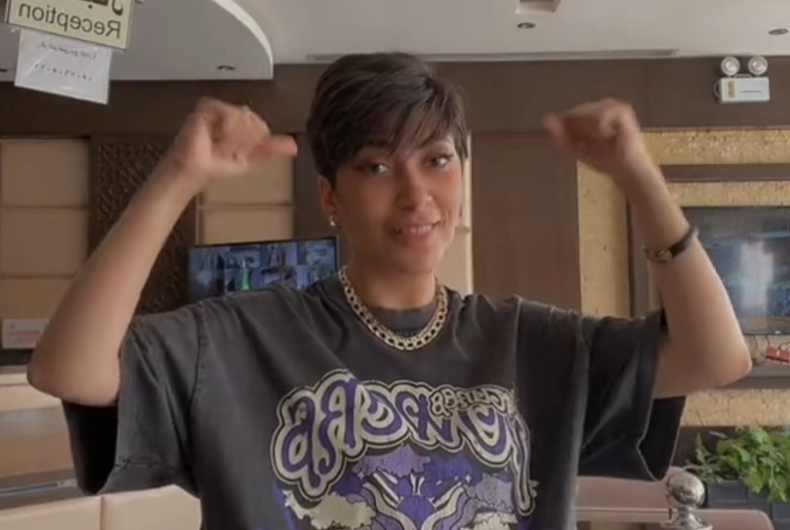 A TikToker has been arrested in Riyadh, Saudi Arabia for offending public morality after conservatives mounted a campaign against her, saying that a joke in one of her videos implied a sexual relationship between two women.

Tala Safwan is Egyptian and lives in Saudi Arabia. She is a popular TikTok content creator who has her five million followers on the platform. She makes jokes, pulls pranks on people, and does TikTok challenges for her largely teenage audience.

In the video that led to her arrest, she invited another woman to hang out at her house and said “everyone will be asleep” and “no one will hear her scream,” according to Egyptian Streets.

That led to the hashtag #TalaOffendsSociety” trending on Saudi Twitter earlier this year with calls for her arrest, while Safwan said that her words were taken out of context and weren’t sexual. She said that the short clip of her video was deceptively edited to inspire ourage.

Police in Riyadh announced through the country’s Interior Ministry that they arrested a woman on June 26 “who appeared in a broadcast talking to another woman with sexual content and suggestiveness that could have a negative impact on public morality.” They did not release her name but their statement included the same clip of Safwan getting denounced online, blurred out.

People on Twitter celebrated her arrest, and the video has since been deleted from TikTok.

The Human Dignity Trust says that there is substantial evidence that laws against homosexuality have been enforced in Saudi Arabia but that they can’t provide estimates of how many people have been arrested, prosecuted, or executed because of a lack of transparency in the country’s criminal justice system.

It’s not yet known if Safwan will be allowed to defend herself against the charges against her.

The news comes after Saudi Arabia told YouTube to remove advertisements that it considered offensive to Islam and Saudi morality after a regulating agency threatened legal action against the video platform.