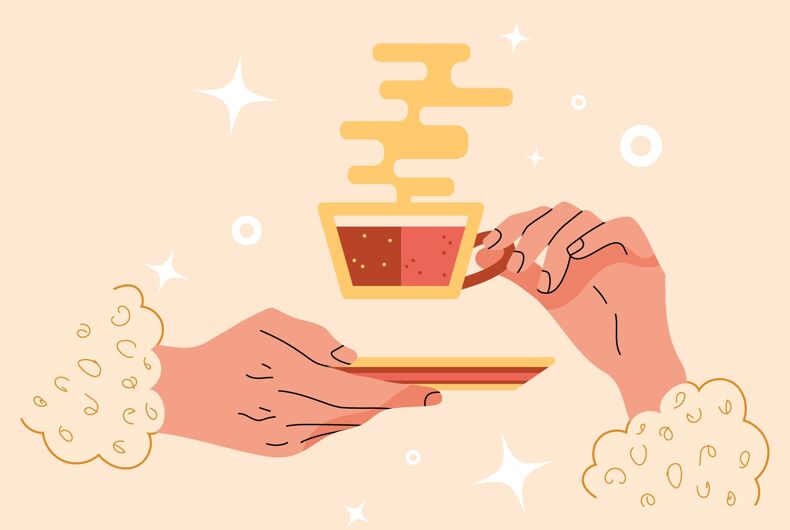 As times change, so does language. With new generations come new words, phrases, and slang. This is especially evident in the LGBTQ community, where terminology evolves to better represent and encompass the queer experience. In this post, we’ll explore some of the outdated and modern queer slang terms used by LGBTQ people.

Note that this short and incomplete list mostly covers American LGBTQ slang. Many countries around the world have their own version of queer slang, from British gay slang derived from the rhyming slang Polari to beki – the Philippines’ queer language that borrows from a slew of sources, including pop culture, Japanese, Spanish, and the country’s local languages. While these gay slang terms and languages deserve just as much attention, one article wouldn’t be enough to cover everything.

Queer Slang In The Victorian Era

While slang is often associated with youth culture, various types of slang have long been used by marginalized groups to communicate while protecting one another from their oppressors. Linguists believe that’s how gay slang started, too.

In the Victorian era, male homosexuality wasn’t just considered taboo – it was illegal. Men who were convicted of sodomy – also known as “buggery” – were subjected to years of imprisonment and chemical castration. To hide their identities in plain sight of other queer people, gay and bisexual men would refer to each other with code names. Oftentimes, these code names would start with “Mary” or “Miss”, as in “Miss Kitten” or “Mary Louise”.

Today, “Mary” is still used as an expression or a way to teasingly refer to another gay person. The term “Miss Thing”, which refers to a self-absorbed or presumptuous person, may have originated from Victorian slang. But the Online Slang Dictionary cites 1960s gay male culture as the earliest known source, particularly cartoonist Joe Johnson’s characters “Miss Thing” and “Big Dick”, which appeared in early issues of The Advocate.

A post shared by Center for Sacramento History (@ctrsactohistory)

Gay Slang Terms From The Mid-century To The 70s

Homosexuality remained illegal across the United States in the mid-twentieth century – that is, until Illinois became the first state to decriminalize same-sex relations in 1962.

The 50s were an especially difficult time for LGBTQ people as former Sen. Joseph McCarthy (R-WI) inspired a wave of anti-communist paranoia known as the Red Scare. Among those targeted by McCarthyism were radical thinkers, labor union leaders, and queer people – the latter of whom were targeted as “deviants”.

One of the most well-known phrases to come out of this time is “friend of Dorothy”, which is code for a gay man. Some sources cite writer and activist Dorothy Parker, who married an out bisexual man and maintained many queer friends even throughout the McCarthy era, as the inspiration for this phrase.

But the most widely accepted theory is that the phrase is derived from The Wizard of Oz, a film that is rife with queer subtext. Judy Garland, who played Dorothy in the film, was also a queer icon who patronized gay bars and often surrounded herself with queer friends.

Here are some of the other phrases and words that were popular around this time:

According to LGBT rights activist and journalist Dick Leitsch, “Alice Blue Gown” referred to police officers. In the 60s, Leitsch was the president of a gay rights organization called the Mattachine Society and came up with the “Sip-In” – a demonstration held at New York City bars that banned service to out gay people. At the time, bars could be shut down by the police if they were found to be serving alcohol to LGBTQ people.

Leitsch described aunties as “aging or middle-aged homosexuals, offtimes effeminate in character” and people of “settled demeanor who cautions against intemperate acts”.

“Flit” is a 50s slang term for a gay person that was popularized by the novel Catcher in the Rye. Other terms similar to flit include “fruit”, “pansy”, and “fairy”. Though many of these terms originated as pejoratives, they were quickly appropriated by the community, much like the term “queer”.

Another similar term, “light in the loafers”, is a somewhat derogatory phrase that is used to describe someone who acts or appears to be gay. For example, if a straight woman asks her friend if their new coworker is cute, they could respond, “Yeah, but he seems a little light in the loafers, if you know what I mean.”

Today, most people associate the word “queen” with drag queens. But before the rise of ballroom and drag culture, “queen” was used to describe someone who was being dramatic or excessive. In today’s parlance, a queen is someone who is being “extra”.

Some of the most widely used slang terms of today, like “reading”, “throwing shade”, and “spilling the tea”, can be traced back to the ballroom scene that blossomed in the 70s and 80s.

Though drag pageants existed long before then, rising racial tension forced black and Latinx queens to cultivate their own spaces and eventually form “houses”. These drag families became a refuge for gay, trans, and gender non-conforming youth who were turned away by their own families or experienced homelessness due to poverty.

No history of ballroom culture – no matter how brief – is complete without mention of Crystal LaBeija, who formed the first official house, the House of LaBeija. Founded in the early 70s, the House of LaBeija inspired a host of other iconic drag houses, including the House of Dupree, House of Dior, and House of Xtravaganza, which would all go on to throw their own balls.

It was the 1990 documentary Paris is Burning that first shed light on New York’s rich ballroom culture and, in turn, its catchy drag slang. When RuPaul’s Drag Race penetrated the mainstream media, it introduced drag, ballroom, and drag slang to the mainstream.

Here are some of the most iconic slang terms and phrases to come out of the ball and drag scene.

As Bob the Drag Queen explains in a video for Vanity Fair, if you wanted to emphasize how fierce something is even further, you could add “the house down” and say, “Your show was fierce the house down boots”.

When you’re “gagged”, it means you’re left so stunned by something or someone that you’re rendered speechless.

A “read” is a light jab or form of playful criticism towards someone. Reading is somewhat similar to roasting someone in the sense that the person being read is in on the joke.

In contrast to reading, “throwing shade” at someone means to insult them. But throwing shade is more than just hurling an insult – it’s often done as a backhanded compliment or a subtle jab that may not be immediately clocked by the recipient.

“Tea” refers to gossip. Some sources say that “tea” stands for truth. When you ask someone “What’s the tea?”, you’re asking them to spill the truth about a situation. The phrase “no tea, no shade” is often used in place of the phrase “no offense”.

When you’re serving something, it means you’re presenting something to your audience or the judges in a competition, such as in drag balls and pageants. For example, balls often have a “face” or a beauty category where queens compete based on their beauty and makeup talent. So, when you’re serving face, you’re serving a beautiful look and your impeccable makeup skills.

Bob the Drag Queen credits ballroom legend Junior for coining the phrase “she owns everything”, which describes someone who looks so rich and glamorous, that it’s as if they own everything. In other words, opulence.

Voguing is a dance that originated in New York’s ballroom scene, inspired by the striking images of fashion models on the covers of Vogue magazine. This, in turn, inspired Madonna to pen the song “Vogue.” Ballroom icon and Father of Voguing Willi Ninja even appeared in the music video, and two members of the legendary House of Xtravaganza choreographed it.

Words are powerful. They can be a way to cultivate communities, connect with other LGBTQ people, and they can also be used as a form of resistance. Queer slang has been around for centuries, and it isn’t going away any time soon.

Transgender woman in Japan denied parental rights to her own child