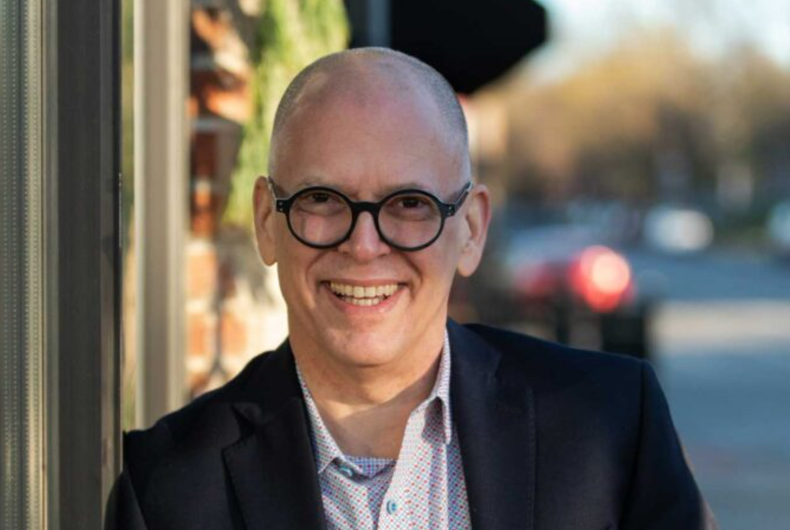 While all eyes were on Tuesday’s primary races in Arizona, Kansas, Michigan, Missouri, and Washington, LGBTQ trailblazer Jim Obergefell won the Democratic nomination in Ohio’s state House District 89 in a special election.

In the wake of Justice Clarence Thomas’s call to revisit the court’s marriage equality decision, LGBTQ Victory Fund president and CEO Mayor Annise Parker called Obergefell’s win “a rallying cry to the LGBTQ community and our allies that we won’t stop organizing, we won’t stop running for office and we won’t back down.”

“This is a critical election for the LGBTQ community. When I win this election, I will work hard to improve the lives of the people in my district and across Ohio by increasing jobs and opportunities, improving access to affordable healthcare and protecting our environment,” Obergefell said in a statement. “With so much at stake for our nation, I will also be a voice and advocate for all Ohioans and especially underserved and marginalized communities.”

Meanwhile in Arizona, anti-LGBTQ Republican Kari Lake was still in a tight race against Karrin Taylor Robson for the state’s Republican gubernatorial nomination. Lake, a Trump-endorsed former local news anchor, has made headlines for her seemingly hypocritical stance against children attending drag shows.

Several other anti-LGBTQ candidates also fared well in Arizona. Former Thiel Capital COO Blake Master coasted on a Trump endorsement and will face off against U.S. Sen. Mark Kelly (D) in November. Masters opposes marriage equality, and went so far as to imply that former boss Peter Thiel should not have been able to marry husband Matt Danzeisen.

Rep. David Schweikert (R-AZ) was ahead in his race to become the Republican nominee for a U.S. House seat after sending out homophobic campaign mailers implying his GOP opponent Elijah Norton is gay. Out candidate Daniel Hernandez, meanwhile, lost to fellow Democrat Kristen Engel, who committed to “standing tall with the LGBTQ community.”

Kris Mayes won the Democratic nomination for Arizona attorney general. If she wins November, Mayes will become the first out LGBTQ attorney general in the state’s history.

In Kansas former secretary of state and Donald Trump’s former immigration advisor Kris Kobach, who has a history of taking anti-LGBTQ positions, became the Republican nominee for the state’s attorney general. Out incumbent Rep. Sharice Davids (D-KS) is headed for a rematch against Republican Amanda Adkins, who lost the race for the state’s third congressional district to Davids in 2020.