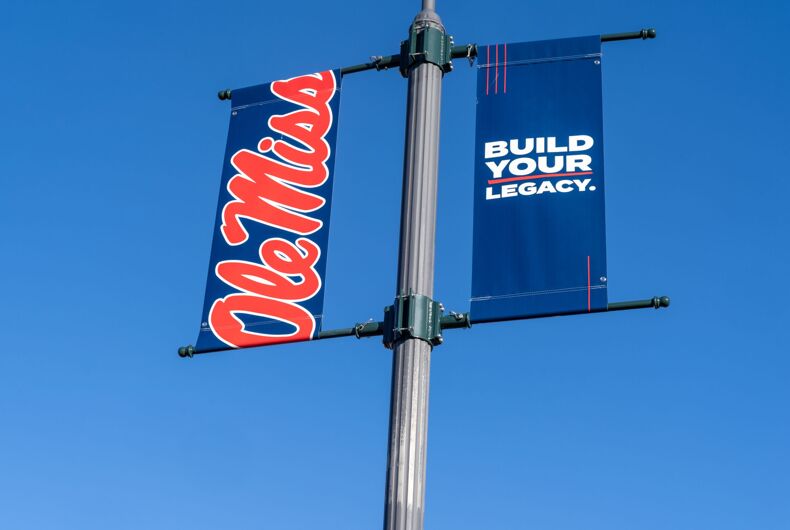 In Mississippi on Friday, authorities with the Oxford Police Department released a statement asserting the recent killing and disappearance of Jimmie “Jay” Lee, an out Black student at the University of Mississippi, was an “isolated incident”.

The statement comes three days after a Lafayette County judge determined there was probable cause for police to arrest Sheldon Timothy Herrington Jr., a 22-year-old Ole Miss graduate, for Lee’s murder, and that he should be held without bond.

“Based on the information collected to date, our investigators believe this crime represents an isolated incident stemming from the relationship between Jay Lee and Tim Herrington,” the Oxford PD statement said.

Students at Ole Miss and members of the LGBTQ community in Oxford have asked police to release more information about the case since Herrington was arrested three weeks ago.

At Herrington’s bond hearing Tuesday, prosecutors introduced Snapchat messages between Herrington and Lee talking about “hooking up”, and showed a video of a police interview in which Herrington says he had been in a sexual relationship with Lee.

Prosecutors said Herrington’s motive for committing first-degree murder was his fear of being outed. Lee Googled “how long does it take to strangle someone gabby petito” at 5:56 a.m., just two minutes before Lee was last seen alive on surveillance footage leaving his apartment in a silver robe, gold sleeping cap and slippers.

“gabby petito” refers to the case of a young woman murdered by her fiancé in 2021 by “blunt-force injuries to the head and neck, with manual strangulation.”

At the bond hearing, investigators introduced evidence that Herrington messaged Lee at 5:54 a.m. on Snapchat to “come over.” Two minutes later Herrington made the strangulation search on his MacBook.

Security cameras also revealed Herrington later driving Lee’s car to another apartment complex, but never going inside. Shortly afterward, someone is seen jogging away in a gray hoodie and flagging down a ride at a nearby gas station.

Herrington then picked up a box truck belonging to his moving company and drove it to his parent’s house in Grenada where he retrieved a long-handle shovel and wheelbarrow, according to prosecutors.

Other evidence presented by the prosecution included photos they allege depict Herrington preparing to dispose of Lee’s body.  Police dogs caught the scent of a cadaver inside Herrington’s apartment, the work truck, and SUV, where investigators also found strands of hair.

Lafayette County Assistant District Attorney Tiffany Kilpatrick argued that “if Herrington is savvy enough to quote ‘Lure, Kill and Stage’ all of this, he should not receive bail.”

Herrington was charged with first-degree murder on July 22. Lee’s body has yet to be found.

Kilpatrick alleged Herrington’s casual relationship with Lee was unknown to his friends and family.

Lee, 20, was a well-known member of Oxford’s LBGTQ community who regularly performed at Code Pink, a local drag night. Lee ran for homecoming king last year to promote a platform of “self love and living your truth.” He repeatedly spoke out about being harassed for wearing women’s clothing.

Kilpatrick argued as well that Herrington should be denied bond because his charge of first-degree murder will likely be elevated to capital murder as police uncover more evidence and because he is a flight risk, noting a forensic search of his MacBook showed queries for flights from nearby Dallas to Singapore.

Herrington was not the same person that the defense described as “best of character,” argued Kilpatrick.

Out Oscar winner Ariana DeBose to star in Blumhouse thriller