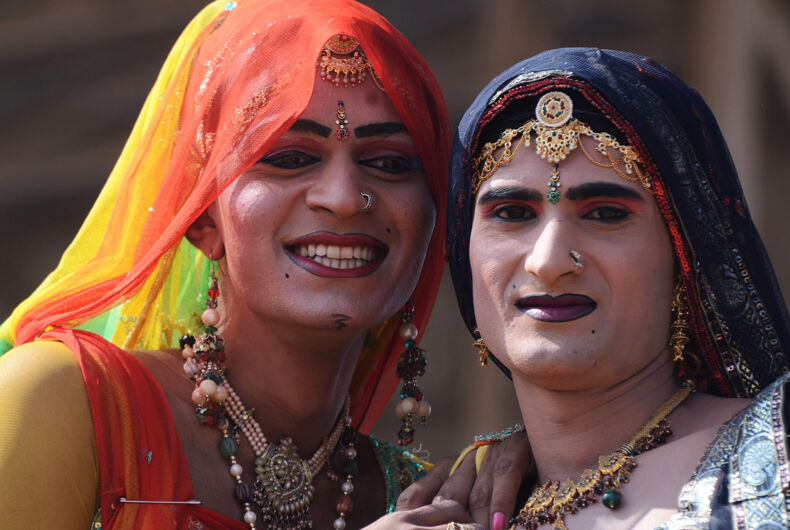 “Third gender” is a much-debated term that bears a considerable amount of weight and history across cultures. Here, we take a deep dive into the concept of the “third gender”, from the meaning of the word to the communities that have been labeled as such.

What Is “Third Gender”?

There is no official “third gender” definition, as it encompasses a broad group of people who may or may not want to be associated with the term.

Until very recently, gender was viewed solely as a binary. You’re either one of two things: male or female. This model, however, is considered by many as severely limiting, as it does not encompass the wide variety of people who identify within (or even outside of) the vast spectrum between male and female.

In a bid to recognize those who identify as neither male nor female, academics sought to introduce the concept of a “third gender”.

Criticisms Of The Term “Third Gender”

Not everyone is on board with the term “third gender”. One of the main complaints surrounding it is its hierarchical – and, in turn, patriarchal – nature. If there is a “third gender”, critics ask, then which genders should be categorized as the first and the second gender?

The idea of a “third gender” also creates problems for transgender people, who are often misunderstood as not being wholly men or women. Having a “third gender” category, argues advocates, allows institutions to further marginalize transgender people and keep them from occupying important spaces which align with their gender identity. A good example of this would be the argument to create a separate category for trans men and women in sports competitions to keep them from participating in their respective categories.

Examples Of ‘Third Gender’ Around The World

The concept of the “third gender” (or the more outdated term “third sex”) was used not only to describe what we consider today as non-binary, gender non-conforming, and intersex people but also communities outside of Western society that existed beyond their own culture’s understanding of maleness and femaleness.

Nonetheless, these are some examples of communities around the world that have been labeled as “third gender” or have a non-binary understanding view of gender as a whole and on a personal level.

What is “hijra?” Hijra is a term used to describe eunuchs who identify as neither male nor female. Hijras have existed for centuries and have a recorded history that dates back 4,000 years.

Before British colonial rule subjected the hijra to stigmatization, they were considered blessed by the Hindu god Rama with the ability to give blessings, curses, and conduct rituals during certain festivities. Today, India classifies the hijra as a “third gender” and they enjoy limited legal protections. However, not all hijra are satisfied with this classification.

Although “māhū” eventually became a pejorative term against anyone who is LGBTQ, the word was originally used to describe someone who contains both the kāne or male and wahine or female spirit. In essence, “māhū” describes a kind of “in-betweenness”, not unlike the “fakaleiti” of Tonga and the “fa‘afafine” of Sāmoa.

Much like the hijra, the māhū play an important role as caretakers and messengers of Hawaii’s spiritual and cultural history.

In Native American communities, “two-spirit” is used to describe people who contain two internal identities – a masculine spirit and a feminine spirit. The term can be used to describe someone’s sexual orientation and/or gender identity.

“Two-spirit” is a relatively new term, having been coined in 1990 by Myra Laramee, a community “elder”, at the third Inter-tribal Native American, First Nations, Gay and Lesbian American Conference. However, the concept of the two-spirit has existed for centuries.

Like many third-gender communities on this list, the two-spirit were subjected to stigmatization and erasure by colonization. Today, Native communities are working to revitalize this identity as a source of pride.

The Muxes Of Mexico

Throughout Mexico, but predominantly in the area surrounding Oaxaca, there exists a third gender called “muxe”. The muxes, also known as biza’ah, are often people who are assigned male at birth who wear feminine clothing and form families with male partners. In indigenous communities, muxes are typically revered and often take on the responsibility of being the primary caregivers of their elderly parents.

For many muxes, their conception of gender is fluid. Like Hawaii’s “māhū”, muxes believe their gender lies somewhere in the space between male and female. And, like the hijra, many muxes have an intimate connection with spirituality – often playing an important role in their local church by preparing decorations and leading processions.

In Thailand, “kathoey” is something of an umbrella term used to describe effeminate gay men, trans women, non-binary people, and intersex people. Some scholars believe that the acceptance of kathoey in Thailand stems from the Buddhist belief that there are four genders: male, female, bhatobyanjuanaka, and pandaka.

Bhatobyanjuanaka is used to describe intersex people and those who may mentally identify with another gender, while pandaka can loosely be described as trans feminine people or male crossdressers who present femininely.

Do transgender people belong to the third gender?

According to Vox, trans people “aren’t part of a third gender — they are, by all intents and purposes, men and women.”

Is non-binary a third gender?

Some non-binary people identify with the term “third gender” but not all do. By definition, non-binary refers to people who do not view their gender identity as falling within the confines of the male-female gender binary and thus do not conform to the idea that one can only identify as male or female. In that sense, non-binary people could perhaps be classified as a third gender.

Some intersex people identify as third gender but not all do. When it comes to gender markers on legal documentation, some countries are making moves to include a third gender marker (often symbolized as “X”) to not label intersex (and non-binary) people as either male or female.

“Third gender” is a term that refers to those who do not identify with being either male or female. However, not everyone agrees with the use of this term, as it may be used to further “other” and marginalize already marginalized groups.

Related: Over 5% of young adults identify as transgender or non-binary

The US State Department never stops working for LGBTQ Americans