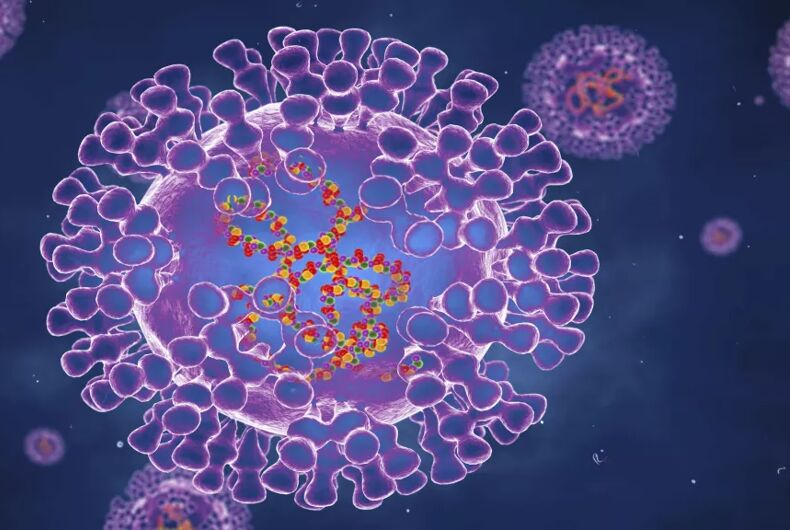 The U.S. government missed an opportunity to slow the spread of monkeypox in New York by sitting on 300,000 doses of a vaccine.

New York City has seen one of the largest outbreaks of the virus in the country, particularly among men who have sex with other men. But as people lined up for the first round of 1,000 doses in late June, The New York Times reports, 300,000 additional U.S.-owned doses of the vaccine that were ready to ship sat in a facility in Denmark, where the vaccine’s producer is headquartered.

The Times reports that U.S. officials waited as the virus spread in New York before deciding to ship doses from the facility to the U.S., “piecemeal,” arriving in multiple shipments throughout a period of over a week.  Some didn’t get to the U.S. until July, six weeks after the first case was identified in New York City.

“The U.S. government intentionally de-prioritized gay men’s health in the midst of an out-of-control outbreak because of a potential bioterrorist threat that does not currently exist,” said Brooklyn-based gay health activist James Krellenstein.

Gary Disbrow, a senior official at the Department of Health and Human Services who runs the Biomedical Advanced Research and Development Authority (BARDA), the agency that manages America’s supply of the Jynneos vaccine, says the government delayed ordering all available doses of the vaccine in part because U.S. storage facilities would not be as cold as those in Denmark, reducing their shelf-life.

The two-dose Jynneos vaccine was developed in response to fears of weaponized smallpox after the September 11, 2001, terrorist attacks.

“We thought it prudent to get as many doses as we had available over here, fully understanding that if the doses are not used there would be a potential impact on smallpox,” Disbrow said. “We moved very quickly based on the number of cases we saw.”

In June, New York became the first major U.S. city to begin offering the vaccine to men who have sex with men and other vulnerable populations. But vaccine appointments were only available at one clinic in the city, and those appointments were all booked the same day they were announced.

On June 10, during a call with reporters, a senior Health and Human Services official claimed that the U.S. would receive 300,000 doses of the vaccine “over the next several weeks.” But according to a spokesperson from the vaccine’s manufacturer, Bavarian Nordic, the additional does were not ordered until “late June.”

New York has subsequently offered several rounds of vaccination appointments, but the rollout was initially plagued by technical difficulties while high demand has made the booking process frustrating for many.

In a recent email to Biden administration officials, Krellenstein wrote that “those doses likely would have been sufficient to stem the initial outbreak, if they had been mobilized and administered in the U.S.”

Over the weekend, the World Health Organization declared monkeypox a global health emergency. The Biden administration is reportedly searching for someone to head its response to the outbreak while also considering whether to declare a public health emergency.

Meanwhile, despite increased availability of vaccine doses, epidemiologists doubt New York’s outbreak will be contained in the immediate future.