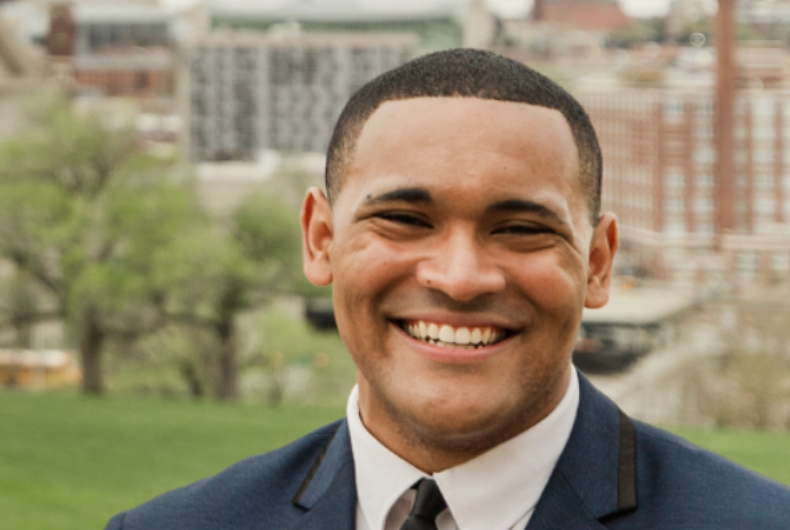 Justice Horn, a gay Democratic political candidate running for the Jackson County Legislature of Missouri, is speaking out after an unknown vandal defaced one of his campaign banners in Kansas City with the anti-gay slur “f**.”

“I’ll admit, this one hurt because like so many us of who experience this, this word is used to harm us. Either way, I’m not going to back down, and I’m going to hold my head high,” Horn wrote on social media. “I invite the community, especially LGBTQ+ folks to come out and stand with me against this hate.”

Horn pledged to hold a press conference in front of the defaced sign on Tuesday morning, but when he arrived at its location, he found that someone had stolen the sign, leaving him “mad as hell,” he wrote on Twitter.

This Tuesday, July 5th at 9 AM, I plan to have a press conference at the sight of the defaced banner at 4644 Campbell St. Kansas City, MO 64110 to address any concerns or questions.

I invite the community, especially LGBTQ+ folks to come out and stand with me against this hate. pic.twitter.com/zqUyvUapr5

“It was specifically targeted at me because of my sexual orientation. It’s below the belt and it’s unfair. I don’t know how much more blatantly that this was a hate crime,” Horn told The Kansas City Star, adding that he hadn’t filed a police report over the vandalism.

“What bothers me the most is that it happened in broad daylight,” he continued. “They were so emboldened to do this. It was specifically a defacing to attack me not based on my policy or my candidacy but on me personally. It was the same as calling me the N-word.”

Horn, a former collegiate wrestler, told Outsports that he has faced homophobic emails, comments, and words said in-person on the campaign trail as well as multiple death threats.

“My first reaction is one of shock, anger, and energy to prove whoever defaced the banner wrong. It’s lit a fire in me to ensure that our community finally has a seat at the table,” he told the publication.

Missouri will hold its Democratic primary on August 2. If elected, he’ll be the first LGBTQ person elected to a Jackson County, Missouri office and the only LGBTQ county official in the state.

Iran just executed a gay man. He may be the third so far this year.