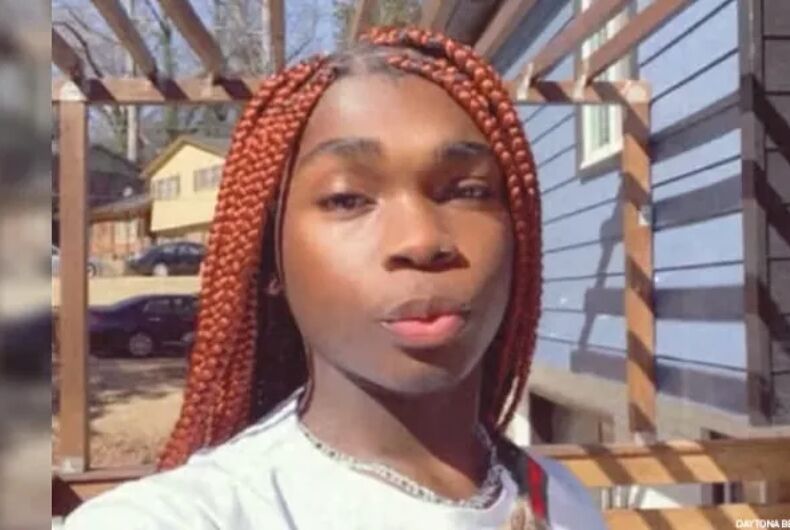 A 19-year-old Florida man has been arrested after police say he shot and killed his online boyfriend because the victim might reveal he is gay.

Jakari Webb was taken into custody Tuesday night by the Daytona Beach Police and charged with fatally shooting Telan Mann, also 19, who was gunned down just before 2 a.m. on June 23.

Police said the teens had been talking on social media since February when they agreed to meet in person for the first time at the spot where Webb allegedly pulled out a gun and shot Mann multiple times.

Officers were patrolling in the vicinity when the shooting took place and heard the gunshots. They arrived to find Mann “in a pool of blood with multiple bullet wounds on his body,” according to a statement from police. Mann died at the scene.

A neighbor in the vicinity said she heard at least seven gunshots.

Police arrested Webb Tuesday while executing a search warrant at a home on Garden Street, where they also found a handgun. Webb was charged with first-degree murder and is being held without bond at Volusia County jail.

“Our homicide unit has been working this case non-stop since Telan was fatally shot,” DBPD Police Chief Jakari Young said in the statement. “I commend them for a job well done and for providing Telan’s family some closure. It doesn’t replace his life, but I hope it does give his loved ones some measure of peace moving forward.”

On Wednesday, police revealed they have evidence showing Webb and Mann, who was out, were involved in the online relationship for about four months, and that Webb was fearful Mann would expose their relationship and out Webb as gay on social media.

“There was some concern that Telan either had or was going to post something on social media kind of outing the suspect,” Young said.

In addition to first-degree murder, Webb has been charged with a probation violation and resisting arrest after he tried to flee from SWAT and K-9 officers. Young said officials are exploring additional hate-crime charges in the case.

Friends and neighbors of the victim said Mann was a joyful person.

“He always wanted everybody to be on good terms,” said one friend who requested anonymity. “He always was the positive one around the group. He never wanted any bad energy at all.”

“It just breaks your heart to see things happen because that’s two lives gone. Not just one, so I don’t understand,” said Eula Hicks, a neighbor.

Same-sex marriages have swept the globe. Here is the current state of marriage equality