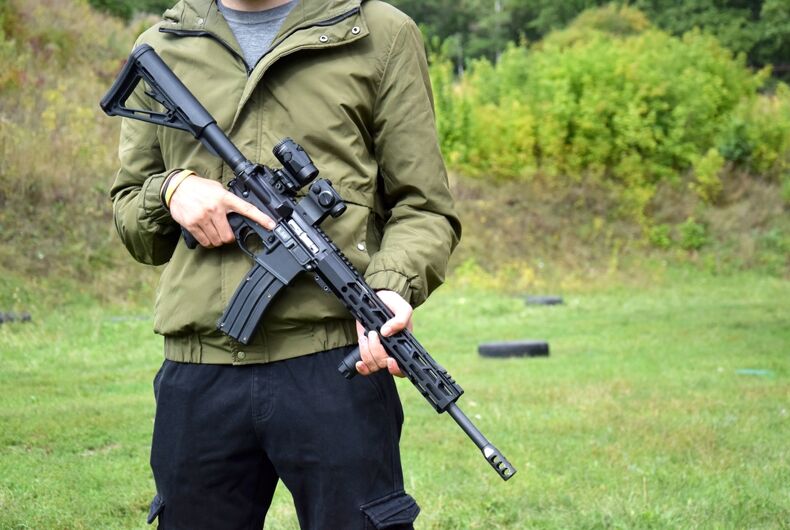 Earlier this week, Robert Eugene Crimo III opened fire on a July 4 parade in the Chicago suburb of Highland Park, killing seven people and injuring at least 46 others.

Failed Floridian congressional candidate Laura Loomer brought up Crimo along with Salvador Ramos, the shooter in Uvalde, Texas who killed 19 children and two teachers. Ramos was also cisgender, but the right – even several Republican members of Congress – spread the false information that he opened fire as a result of the “trans movement.”

“So in other words, both the Uvalde and Highland Park shooters were Men who liked wearing women’s clothing,” Loomer wrote on the social media platform, getting over 100 likes. “Looks like the trans movement is radicalizing mass shooters. We don’t need gun control. We need WOKE CONTROL.”

Shortly after the Uvalde school shooting in May, Reps. Paul Gosar (R-AZ) and Marjorie Taylor Greene (R-GA), along with Las Vegas City Council member Michele Fiore (R) said that the shooter was transgender, into “cross-dressing,” or “transgendering.” Greene and Fiore both made their comments while trying to downplay the role of the shooter’s access to guns in the shooting.

The phenomenon appears to be recent, an outgrowth of the right’s increasing obsession and fear of transgender equality. But in 2018, “gender critical” activists – TERFs, or people who use the language of feminism to attack transgender people – claimed that the YouTube shooter Nasim Najafi Aghdam is transgender, even though there was no reason to believe that she was a transgender woman.

She opened fire in YouTube’s headquarters in California with a semiautomatic handgun, shooting three people before shooting herself.

Shortly after the shooting, people on social media shared an image of a white, blond man who they claimed was Aghdam pre-transition, which anti-transgender activists used to push the narrative that Aghdam was a trans woman. The TERFs claimed that cis women are incapable of being violent.

“They say the shooter is female. Women would never do such a thing. You can guarantee they are not actually female and are just another TIM [trans-identified male, a epithet TERFs use for trans women],” wrote one person on Twitter in a now deleted post.

“Why are women forbidden to name male violence? Why are we expected to lie about a killer’s sex?” wrote another.