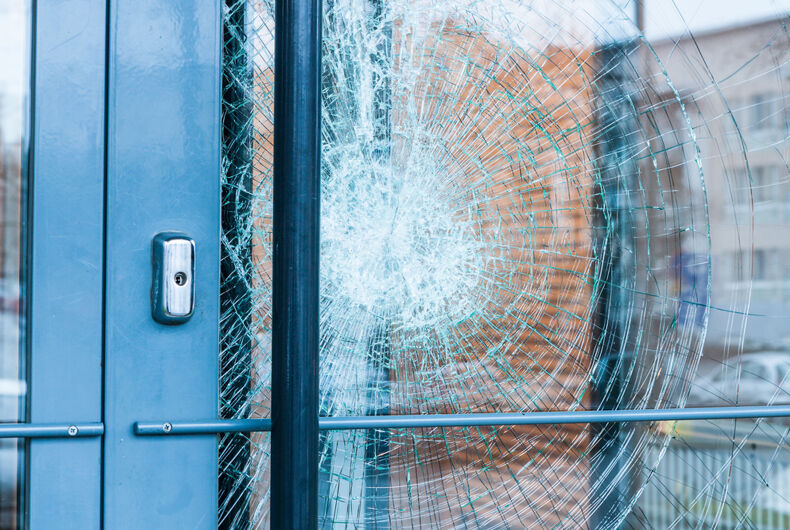 A bakery in a Chicago-area suburb was forced to cancel its planned family-friendly drag event after facing harassment and vandalism.

“For the safety of the artists, staff and the community, we have canceled tomorrow’s event and will be closed Saturday 07/23/22,” a message on UpRising Bakery and Café’s Facebook page read. “Right now we are asking everyone: DO NOT COME TO OUR LOCATION AT ALL TODAY. We didn’t want to shy away from bullying, but we absolutely cannot go ahead with tomorrow’s plans in good conscience. It breaks our hearts. We will update when we can.”

The bakery’s windows were reportedly shattered on Friday night and slurs were printed on the walls ahead of the Saturday event.

Lake in the Hills Police have arrested 24-year-old Joseph I. Collins on hate crimes charges in connection with the vandalism after an officer saw him flee the scene on foot Friday night. The bakery reopened on Sunday.

Owner Corinna Sac says her business has faced numerous threats both online and in person since announcing the event.

“One morning I came in and there was a bag of feces outside,” she told Chicago’s ABC7 News. “There was a letter taped to the door that said pedophiles work here.”

“Someone came in, did a perimeter walk around our cafe, commented on how disgusting and dirty it was, and then spit on our case.”

Sac had described the planned event as “child-friendly” with costumes, dancing, breakfast food, and a celestial theme. “The worst thing is a high kick, possibly, or someone doing the splits. That’s about it,” Sac said.

After multiple complaints about the show, the police and the Lake in the Hills Community Development Department investigated the event and found no violations and confirmed that no sexually explicit content would be in the show, according to a press release.

Last week, the Lake in the Hills Police Department said it was ready for both protests and counter protests at the Saturday event.

“We are taking measures to ensure that everyone has the right to engage in peaceful protest,” the department said in a release. “However, we wish to remind everyone that under no circumstances will the police department tolerate a disruption of this event or any activity that disrupts the peace.”

The UpRising Bakery incident is just the latest in a series of attacks and disruptions at drag events this summer, stoked by anti-LGBTQ rhetoric online and from Republican lawmakers. Social media accounts like Libs of TikTok have been spreading misleading accounts of family-friendly drag events along with accusations of “grooming” aimed at LGBTQ people, leading to far-right hate groups like the Proud Boys showing up at drag story hour events at libraries and at other LGBTQ events around the country in recent weeks.