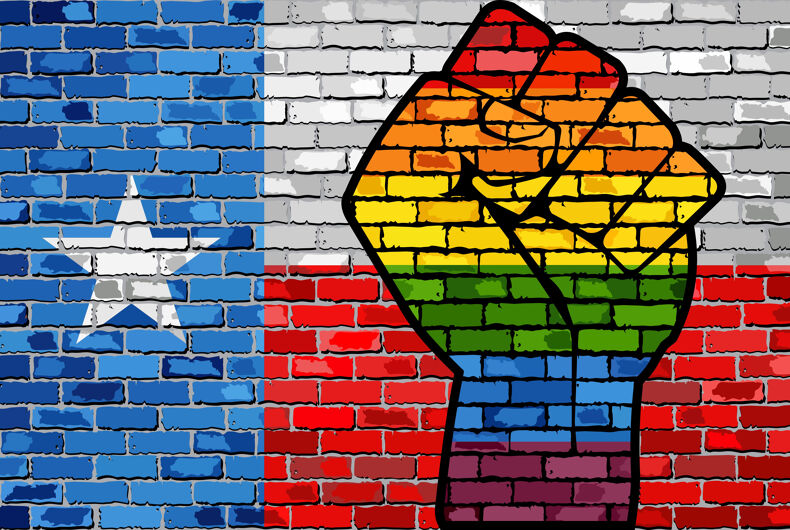 Former Texas solicitor general Jonathan Mitchell is representing clients in six separate lawsuits in the state targeting LGBTQ rights. As The Dallas Morning News reports, the cases are currently making their way through state and federal courts and could have dire consequences for LGBTQ rights throughout the U.S.

Mitchell is credited with coming up with the Texas law that allows private citizens to sue those who help pregnant people access abortions. In a 2021 Supreme Court brief, he argued that the decisions that legalized same-sex relations and same-sex marriages in all 50 states should both be overturned along with Roe v. Wade, a sentiment echoed by Justice Clarence Thomas in his concurrence in the court’s recent decision striking down Roe.

In 2018, he opened his one-man law firm with the express purpose of bringing cases involving religious freedom, abortion, and affirmative action before the Supreme Court’s new conservative majority.

Two of the lawsuits Mitchell has filed involving LGBTQ rights concern same-sex marriage. Dianne Hensley v. State Commission on Judicial Conduct and Brian Keith Umphress v. David Hall, et al., were brought by Texas officials who do not want to perform same-sex marriages because they say it violates their religious beliefs. Umphress explicitly argues that “there is no constitutional right to same-sex marriage” and that the Supreme Court should revisit Obergefell v. Hodges, the 2015 decision establishing marriage equality in the U.S.

Again citing religious liberties, Braidwood Management v. EEOC targets the Supreme Court’s 2020 ruling barring discrimination based on sexual orientation and gender identity, arguing that religious employers should be able allowed to hire and fire employees based on their sexuality and gender identity. The case is currently in federal court where a Texas judge agreed with Mitchell. The EEOC is currently fighting that decision in the federal appeals court.

In Patrick Von Dohlen, et al. v. city of San Antonio, private citizens are suing the city for violating Texas’s “Save Chick-fil-A” law, which prohibits the state government from taking “adverse actions” against businesses for their contributions to or memberships in religious organizations. Mitchell’s clients claim the city violated the law when it banned the fast food franchise from opening in the San Antonio International Airport due to its history of supporting anti-LGBTQ causes and organizations.

Fans are divided over “Stranger Things” character’s coming out scene