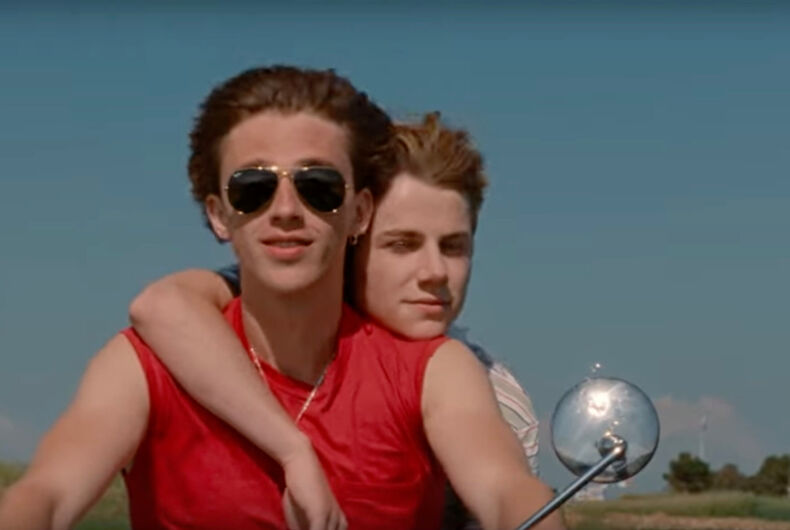 It’s summertime, and if the living isn’t exactly easy, for many of us the season still holds at least some of the magic it had when we were kids. Obviously, work doesn’t just go on hiatus for three months of totally unencumbered freedom the way school did. But rising temperatures, longer days, and sultry nights definitely shift the vibe in the direction of more adventure, more fun, and maybe even a little romance.

Of course, we can’t spend every waking hour from now until Labor Day gallivanting from beach to beach, sipping daiquiris by a pool, and flirting with charming strangers. Luckily, these five films are perfect for providing summer vacation vibes on-demand, with plenty of romance to spice things up.

Summer 2022 kicked off with an outstanding addition to the queer summer movie cannon. Writer/star Joel Kim Booster’s contemporary retelling of Pride and Prejudice transposes Jane Austen’s class conflict and romance to the ultimate gay beach town: the Fire Island Pines. Booster and his costars (including Bowen Yang and Margaret Cho) are an utter delight, and they use the specificity of Fire Island’s gay scene to brilliant effect. Even if you don’t happen to own one of the island’s multi-million-dollar homes, the sweetly hilarious romantic comedy is likely to make you feel a bit homesick for Tea, the Meat Rack, all of it. This movie is basically perfect!

Another new release, Three Months stars out pop star Troye Sivan as Caleb, a high school grad who spends the summer between senior year and college waiting to find out whether he’s contracted HIV after a one-night-stand. Along the way, he strikes up a summer romance with another, far more sheltered gay teen, Estha (Viveik Kalra). There’s also a lot of bike-riding and dumb hijinks to remind you of what it was like to be a teenager running amok during the summer and falling in love for the first time.

Of course, not all summer trips take you to a gorgeous tropical destination. In this 2017 film, 16-year-old Cyd (Jessie Pinnick) travels to Chicago to spend the summer with her aunt (Rebecca Spence). While in town she meets Katie (Malic White), a queer barista who makes Cyd question her sexuality as the two grow close. Again, the feeling of endless possibilities that comes with being a teen on summer break pervades Princess Cyd.

The sun-drenched nostalgia is right there in the title, but this 2020 French-Belgian film based on a 1982 YA novel also serves up a healthy dose of melodrama. Set in the coastal town of Normandy, Summer of 85 centers on 16-year-old Alexis (Félix Lefebvre), who meets and falls head-over-heels for the handsome, reckless David (Benjamin Voisin). Their love affair starts out as idyllic, but quickly takes a turn for the soap-operatic. A beautiful European setting, 80s nostalgia, and a short-lived gay romance. Think of this as a campier, down-market Call Me by Your Name.

Call Me by Your Name

Speaking of which, could you really get away with writing up a list of queer summer films without including Luca Guadagnino’s Oscar-winning adaptation of André Aciman’s 2007 novel? Admittedly, it has aged a bit…strangely due to the subsequent extracurricular activities of one of its stars (Armie Hammer). But if you can get past that, it’s still a gorgeous film that transports you to a languid summer “somewhere in northern Italy,” where two young men (Hammer, Timothée Chalamet) fall in love while lounging in the sun and talking about art.

Victories for LGBTQ rights around the world so far in 2022