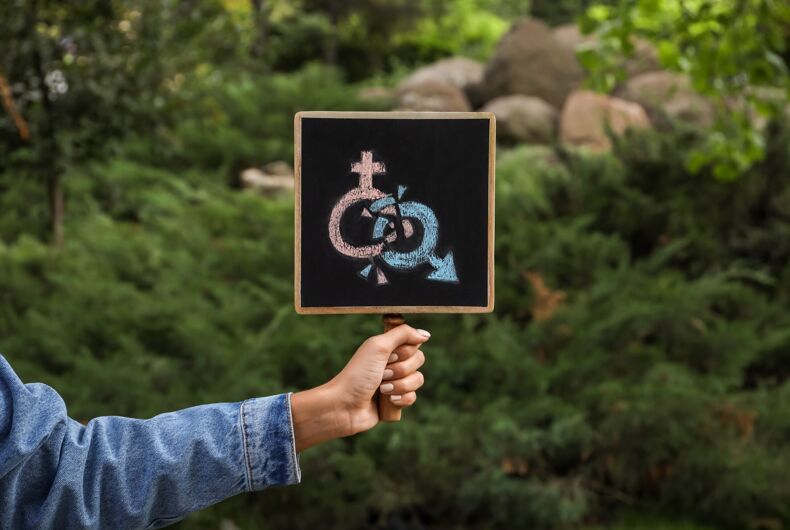 Have you ever felt like you could identify with certain aspects of one gender but don’t connect to it fully? Do you feel as if you only partially identify with your gender? If you answered yes to these questions, you just might be demigender.

Read on to learn more about this gender identity, including how it differs from other identities under the non-binary umbrella.

Demigender: Meaning And Place In The LGBTQ Spectrum

You won’t find a “demigender” definition in the Merriam-Webster dictionary or Dictionary.com unfortunately. This is because “demigender” is a relatively new term that has only gained popularity over the last few years. Of course, that’s not to say that this gender identity is new or made up – we just didn’t have the words to describe this particular gender identity before.

According to Tumblr blog demigenders.com, the term “demigender” describes someone who identifies partially with one gender. It doesn’t matter how much a person identifies with a particular gender, as long as they identify with it to some capacity.

Some believe that demigender is a subset of bigender, which is defined as someone who identifies with two genders at once. However, others may argue that, while bigender people tend to feel like they are a combination of two distinct genders, some demigender people may only partially identify with one gender.

Several terms that fall under the demigender blanket, include:

To better help you understand what all these terms mean, here’s a short guide to some key concepts everyone should know about. Let’s talk about the differences between sexual orientation and gender identity.

It’s important to note that gender and sexual orientation are independent of one another – how you perceive yourself doesn’t affect who you’re attracted to. For example, if you’re a trans man, it doesn’t automatically mean you’re attracted to women.

Finally, people who are non-binary are those who don’t subscribe to the idea that there are only two options when it comes to gender. Instead of seeing gender as male or female, non-binary people experience gender as a spectrum where they can exist somewhere in the middle or even outside of it altogether.

Demigender is a gender identity that falls under the non-binary umbrella, which also includes pangender, gender-fluid, and agender people.

What Pronouns Do Demigender People Use?

There is no single set pronoun for people who identify as demigender. This is because a person’s preferred pronouns will depend entirely on what feels right for them. Thus, it’s never safe to assume someone’s pronouns based solely on their appearance or behavior.

When meeting new people, it’s always best to offer your pronouns as you introduce yourself. This lets the other person know that you’re open and receptive to hearing about their gender and that you’re conscientious enough to respect their pronouns.

How Do You Know If You’re Demigender?

So, how do you know if “demigender” is the right fit for you? You’ll have to be patient as you explore your gender identity, as it is not something that happens overnight.

Here are some signs that can help you figure out if you are demigender:

What Is The Demigender Flag?

Yes, flags, plural. There is more than one demigender flag for each subset identity:

Demigender people feel only a partial connection to a gender. For example, demigirls may embrace some aspects of femininity while rejecting others. If this sounds like how you feel about your own gender identity, don’t worry, you’re not alone – there are plenty of people who identify as demigender out there.

If you ever need someone to talk to about your experiences as a demigender person, you can look up online groups, Instagram pages, and hashtags about demigender pride on social media.

Pic of the Week: Pride in Tel Aviv is all about excitement

Slavery was so long ago… What good will reparations do now?