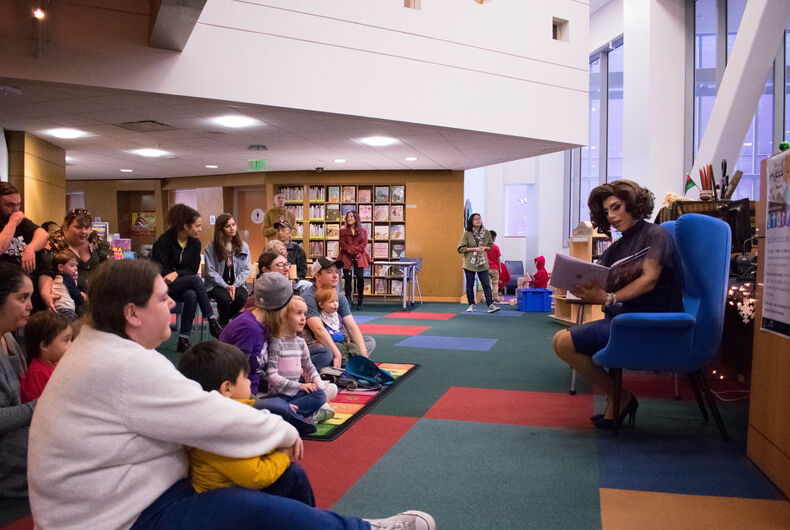 Are we living in the Upside Down? This week’s tweets make you wonder.

A note to all the Proud Boys out there…your inspiration is gay.

Your reminder that the Proud Boys take their name from a song in the Disney Broadway musical "Aladdin" that was written by Howard Ashman, an openly gay Jewish man.#January6thCommitteeHearings

If Republicans re so concerned about the sexualization of children, why are they trying to ban drag shows and not the pageant culture depicted in shows like Toddlers and Tiaras?

Let’s be honest — we’re all thinking it.

And if church is what you’re seeking, look no further than a drag brunch.

Have you ever been to drag brunch? They have bread and wine, loving community, and men in fabulous dresses. Sounds a little like church to me! https://t.co/9y7fJxQITP

Some cause for hope: More people Googled the January 6 committee hearings than looked up Britney Spears.

Really didn't expect this. And kind of wild as it was literally her wedding day. https://t.co/wVigsDeBuc

If this data spike includes the far right, they sure aren’t talking about it.

For those asking how the extremist forums/chats are looking 12 hours after the 1/6 hearings.

Users are aware the hearings broke through to "normies," but they're not worried about it.

Far-right extremist spaces have moved onto full-time anti-trans panic. It has consumed them.

Kink belongs at Pride, if for no other reason than to balance out the cargo shorts and polo shirts.

Trying to sanitize pride makes no sense! What do you think I'm proud of? The growing contingent of queers in cargo shorts?

Speaking of kink…apparently Grindr has a thing for Lil Nas X and KFC?

your employee just slapped me, called me a bottom, and refused to give me my change @kfc pic.twitter.com/uFLDdoRsTa

i know i would

Sometimes, the jokes just write themselves.

The New York Times running an article this week blaming trans people for the fall of Roe vs Wade and then having "enby" as an answer in the crossword today is just the perfect encapsulation of the state of trans media coverage, no notes

LGBTQ-affirming high school in Alabama has its first graduating class