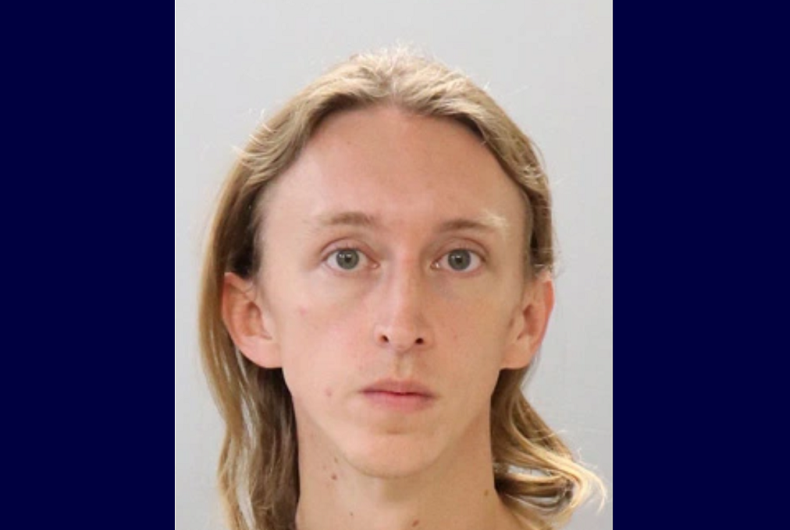 A man named Jonathan Burns has been arrested for felony vandalism as authorities say that he spray-painted the Pride section of a Target store in Knoxville, Tennessee earlier this month.

Knoxville Police say that Burns, 31, went to the Target on Monday, June 13 at 2:49 p.m. and spray-painted the entire display for Pride clothing and merchandise. The arrest report accuses him of throwing the can of spray paint on the ground and then leaving the store.

He was arrested over a week later on June 22 at his home in Knox County after Knoxville Police posted screenshots of surveillance video to social media.

Fingerprints from the can of spray-paint match Burns’ fingerprints, police said. The arrest report said that there is evidence he bought the spray-paint and a bucket at another store just before he went to the Target.

Burns is scheduled for an arraignment this Thursday. Class D felony vandalism in Tennessee comes with a sentence of two to 12 years in prison and up to $5000 in fines.

With @knoxsheriff's help, Jonathan Burns, 31, was arrested on a felony vandalism charge last night at his West Knox home after he was identified by investigators as the suspect from this incident. He is accused of spray-painting a section of LGBTQ+ Pride clothing & merchandise. https://t.co/tjc507iSaQ pic.twitter.com/jZaBvGKCU4