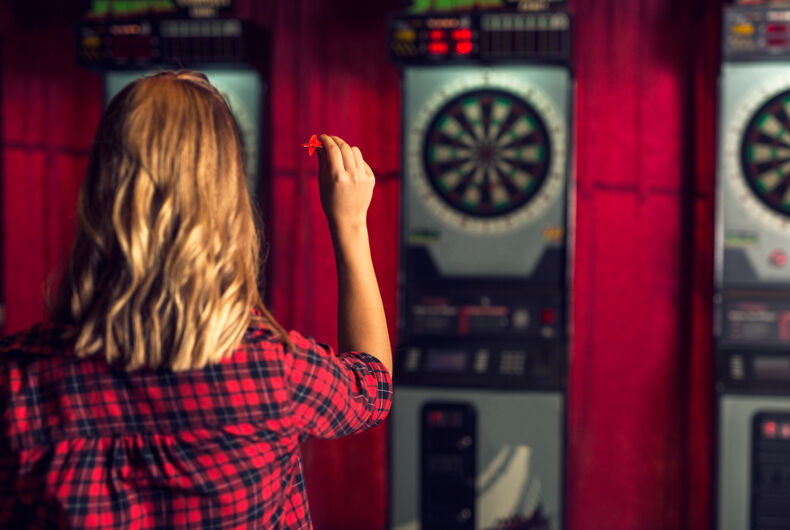 A transgender woman in New Zealand has been barred from a women’s darts tournament because the organization sponsoring the event said they don’t have a transgender policy.

Clubs New Zealand Darts Association president Duncan Ellis said the woman, who identified herself only as Vee to protect her privacy, wasn’t “banned” from playing but could not play in next weekend’s tournament for clubs from the west coast of New Zealand’s North Island until the organization had a formal transgender policy in place.

Related: Baseball players remove Pride logos from uniforms because “we believe in Jesus”

New Zealand’s West Coast is regarded as a conservative bastion.

The association is one of three darts authorities in New Zealand, and the only one without a transgender policy. Women and men compete in separate individual competitions in the association’s events.

“She can’t play, not until it’s been discussed,” Ellis said. “We appreciate her position, but I have to look after [Vee’s] interests, and also look after our members’ interests.”

Vee says the delay sounds like a slow walk.

“They could decide, ‘under our rules, she’s allowed to play.’ They could say that. But instead they’re barring me from playing. They’re breaching human rights instead of allowing inclusion.”

Ellis said the board first discussed the issue on Saturday, but a special session to create a policy couldn’t be scheduled before the tournament because the association’s constitution requires a one-month lead time to do so.

Vee said she advised the association of her intention to play a month ago, giving board members plenty of time to address the issue.

Ellis called it a “timing issue” and said he would be advocating for transgender inclusion.

“Most certainly, I think she should be allowed to play,” he said. “I have a gay cousin. I’ve not got any problem with her competing. I fully support it.”

Ellis said as soon as a decision was made at the national annual meeting, it would be implemented immediately. 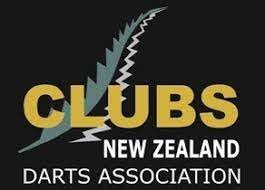 Vee says she transitioned more than a year ago, formerly playing in men’s competitions and being nationally ranked. She hasn’t played a tournament in four years.

“The fact they’re not letting me play is far more of an issue than if they had let me play,” she said.

While darts are informally played in bars and pubs often by men and women together, the sport’s formal associations generally have separate men’s and women’s competitions.

The PDC World Darts Championship, the World Series of darts competitions, reserves two spots for top-ranked women in the sport. In 2019, Fallon Sherrock became the first woman to beat a man in the tournament.

The World Darts Federation, the governing body of darts associations, has had a transgender athlete policy on the books since 2017, stating “Male-to-female (MTF) transgendered persons, to compete as a female, must submit documentation from a medical practitioner that gender reassignment has been ongoing for at least one year,” and “Any Transgender person who wishes to participate in any WDF event will be required to show an official government issued ID that indicates their gender.”

“The WDF believes in equal opportunity for all people to participate in the sport of darts, as athletes, coaches, officials, staff and other volunteers. However, in instances where a Transgendered individual wish to compete, the WDF will consider eligibility guidelines to ensure a fair and level playing field for all participants.”