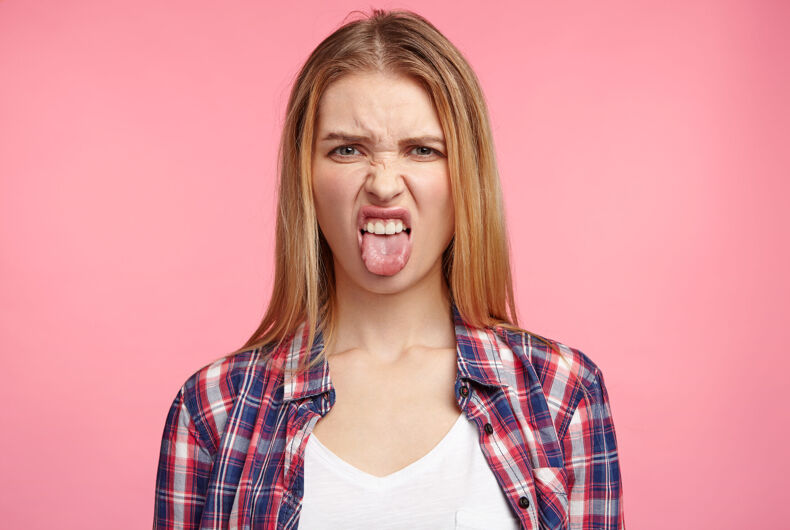 The study’s lead researcher — Florian van Leeuwen, an assistant psychology professor at Tilburg University in the Netherlands — wondered why heterosexual men would benefit from having anti-gay attitudes. After all, gay men don’t compete against straight men for romantic or sexual partners, so hostile attitudes towards them would seem to have little social or personal benefit.

van Leeuwen was familiar with studies showing that North Americans who have stronger disgust sensitivities tend to feel more prejudiced against gay and lesbian people. So he wanted to see if the same held true for others internationally.

He looked at the results of surveys conducted on 11,200 heterosexual adults from 31 countries. The surveys asked people to indicate how disgusted they felt by various activities that could result in an infection, such as accidentally touching a person’s bleeding cut. The surveys also asked people about their feelings towards gay and lesbian people with questions like “Should homosexuals have the exact same marriage rights as heterosexuals?” and “Should society accept homosexuality?”

Taking factors such as respondents’ political ideology and religiosity into account, the researcher’s analysis found a “small but statistically significant” relationship between people’s disgust sensitivity and their attitudes towards gays and lesbians.

Evolutionarily speaking, disgust serves the purpose of protecting humans from possible contact with organisms that may carry infectious pathogens. This could help provide a clue about the underpinnings of anti-gay beliefs.

“One explanation of why people might have negative views about homosexuality is that they associate gay men with infectious diseases, such as HIV or other sexually transmitted diseases,” van Leeuwen said. “Another explanation is that people associate homosexuality with sexual behavior that they find disgusting.”

To be clear, van Leeuwen’s findings don’t suggest that people evolved into having anti-gay feelings as a way to protect themselves from disease. It’s most likely that people developed anti-gay attitudes as a reaction to media, medical, and religious messaging that equated homosexuality with diseases.

Commenters on these studies noted that opponents of gay civil rights often use images meant to inspire disgust and physical revulsion against gays and lesbians.

van Leeuwen also said that anti-gay attitudes may be stronger in people who are invested in maintaining the “norms” of monogamy because they want to discourage possible sexual promiscuity, seeing as they “have most to lose from their partner abandoning them and their children.”

However, more research will need to be conducted to confirm this hypothesis, van Leeuwen said.

Sen. Marco Rubio gloats as he gets Air Force base to cancel Drag Queen Story Hour

This week on LGBTQ Twitter: The most authentic Pride Month merch