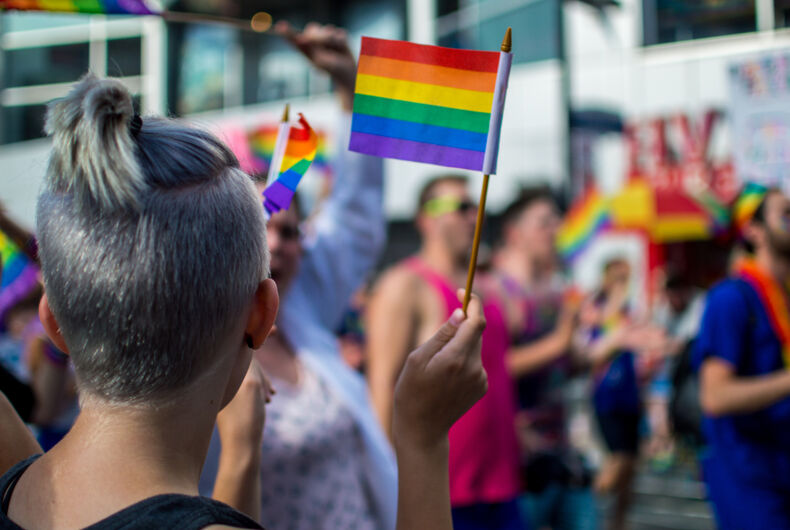 The city of Aurora, Illinois has revoked the special events permit for a planned Pride parade days before it was scheduled to take place. According to Chicago’s ABC7, city officials claim the event’s organizers failed to secure enough law enforcement officers to work security for the parade.

“The Aurora Police Department has said it cannot supply enough sworn officers to provide Parade security, and has tasked us with finding officers from other jurisdictions to close the gap,” the organizers of Aurora Pride said in a statement posted on Wednesday.

As of Monday, Aurora Pride was approximately 20 officers short of the required number to provide security for the event, according to a statement released Tuesday by the city’s police department.

APD officers aren’t required to work at private events like the Aurora Pride Parade and do so on a volunteer basis.

Last month, Aurora Pride organizers announced that while they “continue to allow and encourage participation in the Aurora Pride Parade by law enforcement officers, we would ask that they participate without service weapons (our rules forbid all weapons), out of uniform, and without the presence of any official vehicles.”

“Members of the community feel uneasy in the presence of official law enforcement vehicles, as well as uniformed officers, due to negative experiences they themselves or someone they know have had,” the statement explained.

In the wake of widespread national protests against police violence aimed at people of color, including Black and brown trans women, police participation in Pride events has become a hot button issue. In 2021, NYC Pride banned uniformed officers from its annual Pride March, sparking controversy.

The move by Aurora Pride drew criticism from the city’s mayor and Illinois gubernatorial candidate Richard Irvin (R), who withdrew from participating in the parade.

“I think it’s a little hypocritical of the organizers of the parade to say acceptance is important in our community and tolerance,” Irvin told ABC7 last week. “And say they are not going to accept our police officers — the very same police officers that work to keep our community safe and keep that parade safe.”

On Tuesday, APD released a statement recommending that the parade not proceed as planned.

Undeterred, Aurora Pride organizers are heading to court on Thursday, hoping to resolve the situation.

“We’re not giving up. Our position has been misrepresented, and we’re making every effort to keep the parade as scheduled.”

Trans teen needed help from a hospital after a suicide attempt. Instead they reported his parents.